You know Jeff Daniels as an actor in movies and shows like The Newsroom (Emmy Award), Dumb and Dumber, The Martian, Steve Jobs, Speed, and 101 Dalmatians, just to name a few. But did you know that he’s also a talented musician and songwriter? He and his son Ben are heading out on tour in August and performing at Infinity Hall Norfolk on August 11th and Ridgefield Playhouse on August 12th. Grab your tickets ASAP, but first, get to know Jeff by reading our interview with him!

You’re clearly both an accomplished actor and musician. Do you feel one of those talents is more of a creative outlet for you than the other?

One has guardrails on it and that’s the acting because you give the performance to other people – directors, editors, studios, networks. They do things with it, and that’s fine. That’s what that is and that’s how you approach it. With the music, you’re the writer, you’re the director, you’re the editor, you’re the studio, you’re the network, you’re everything. All the blame, all the glory. I like that creative freedom. That total creative freedom is certainly refreshing and a relief. However, as an actor, you go in knowing that you’re giving it to them. And so, give them great stuff, cross your fingers, and hope for the best. So it’s not either or, they’re just different animals.

You hope that your kids in their 20s and 30s will even speak to you, let alone travel with you or get on stage with you. It’s just been such a joy. We’ve done half a dozen of these tours over the years and my son Lucas is the tour manager and lighting designer, and we play all these wonderful places like Infinity Hall and Ridgefield – I hear such great things about that venue. We love those kinds of places. We love going into towns like that and entertaining them. And to be on stage with your son and he’s as into it as you are and that he can play right along with you and beyond you is just a thrill. I wouldn’t do it any other way.

What do you want our readers to know about your shows?

I know your trepidation. When an actor walks on stage with a guitar, I understand how low the expectations might be. One of the first songs I wrote was “If William Shatner Can, I Can Too”. We’re as aware of it as you are. Not to worry. We’re professionals. And if we don’t entertain you, we’ve failed. That’s our mission. We make sure you’re entertained. We’re going to make you laugh – harder than you have in a while. And we’re also going to slip in some stuff that’s going to mean something to you. It’s a complete evening. I talk to the audience.

Are you RVing it this tour?? We’ve heard you’re big into that!

There’s a company called BandWagon RV out of Indianapolis. It’s like a poor man’s tour bus and it’s just great. There are 9 bunks and a living room. It’s just a black box on top of a semi truck engine cab. It’s like the 4th or 5th time we’ve used these guys. We love it. So we’ll be going around in that and maybe a Sprinter van kind of thing and a car.

What are a few things that are essential that you bring with you on tour?

My “To Kill a Mockingbird” script because I’m doing that on Broadway in the fall so I’ll be memorizing while we’re driving from gig to gig. Stuff to read. The 3 dogs, they’ll be on with us. And my guitar! 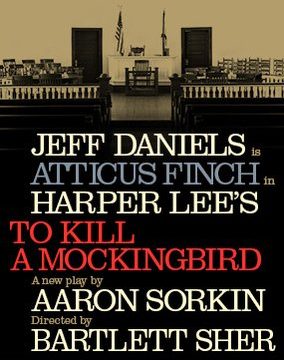 Hmm…I’ve never had one. A bucket list item might be “what’s the one role you want to play?” and I have a feeling I’m about to play it as Atticus Finch…

Were you ever in a movie where you sang or played an instrument?

RV, Barry Sonnenfeld [director] knew that I played a little so he wrote it in. And also on “The Newsroom” [Aaron] Sorkin knew that I did this and so he just kind of threw a guitar into Will McAvoy’s apartment and then all of a sudden here comes an episode where we’re playing. And then in the finale too of The Newsroom show, I kind of do an impromptu jam session with a kid who’s playing the upright bass with Tom T. Hall’s “That’s How I got to Memphis”. I told Aaron, it’s there if you want it. It’s not like you start lobbying people to sing in every episode.

What’s on your playlist right now?

I just downloaded from Springsteen’s website, that 1978 Roxy show because I remember when he broke. I was working off-Broadway and living on Staten Island and you could hear about him in Jersey and NY and he wasn’t national yet. I remember some of those bottom line shows. I didn’t get to go, but the energy of what was going on….so here’s this recording of Springsteen way back when that he and his people have really kind of fixed up and it brings back a time when somebody was breaking. It’s really cool; you can hear the energy. You can hear why people will refer to that show as, “the show.”

And a lot of songwriters…Darrell Scott, Jason Isbell, Sturgill Simpson, Lori McKenna’s got an album coming out. You look at her, you look at the imagery she comes up with, that makes her special. That’s why she’s so successful. Only Lori McKenna would write it that way and say it that way. Cheryl Wheeler is another one. Christine Lavin is somebody I always go to. She gave me permission to write funny. I saw her at The Ark in Ann Arbor in the late 80s. I had known about her but then I went and saw her. Her use of comedy to get an audience on her side and then drop the serious one was a lesson on how to put a setlist together.

For someone who’s lived a lot of his life in New York City, Connecticut is like Norway [we LOL]. You look at it across the water and it looks beautiful, and you should go there someday. So I look forward to coming to Connecticut and I’m quickly learning Norwegian.

What’s the most interesting thing about you that we probably don’t know?

You may or may not know I’m a playwright. I’ve written 17 plays for Purple Rose Theatre Company in Michigan. People don’t know about that. I have one that’s going to premiere at Purple Rose in September. It’s called Diva Royale about 3 midwestern housewives who go to NYC for the first time to see Celine Dion and everything that can go wrong goes wrong. My wife has girlfriend trips and one trip they went to NYC to see Beautiful, the Carole King musical, and they become completely different people when that happens. And so it’s kind of an observational play about what could happen to a group of women who are that crazed about a singer. 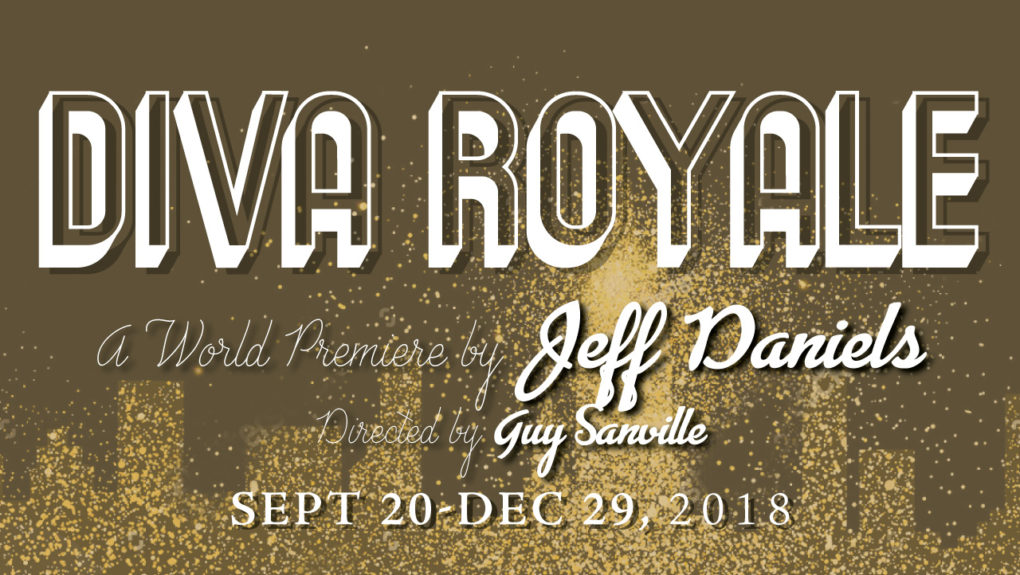 [Lora] I was just looking up the Purple Rose Theatre because I work full time for a theatre design firm (Theatre Projects), and it looks like an amazing and intimate venue.

I was a jock whose athletic abilities ended at the high school level who also would walk by the auditorium where they were auditioning for South Pacific. Because it was a small town, and we only had 150 people in each graduating class, if you were a guy and could carry a tune, you were going to be a sailor in South Pacific.

And so it began…

We’re looking forward to these shows. Thanks, guys, appreciate it!