If you’re a 90s music fan, then you definitely know Nelson’s Can’t Live Without Your Love and Affection hit (it reached #1 on US Billboard Hot 100) and yes, we were obsessed. We’re also fans of Gunnar and Matthew Nelson’s father, Ricky Nelson. He starred in The Adventures of Ozzie and Harriet from 1952-1966, Rio Bravo with John Wayne and Dean Martin (to name just a couple), and stole the hearts of fans all over the world, even after his death in 1985. 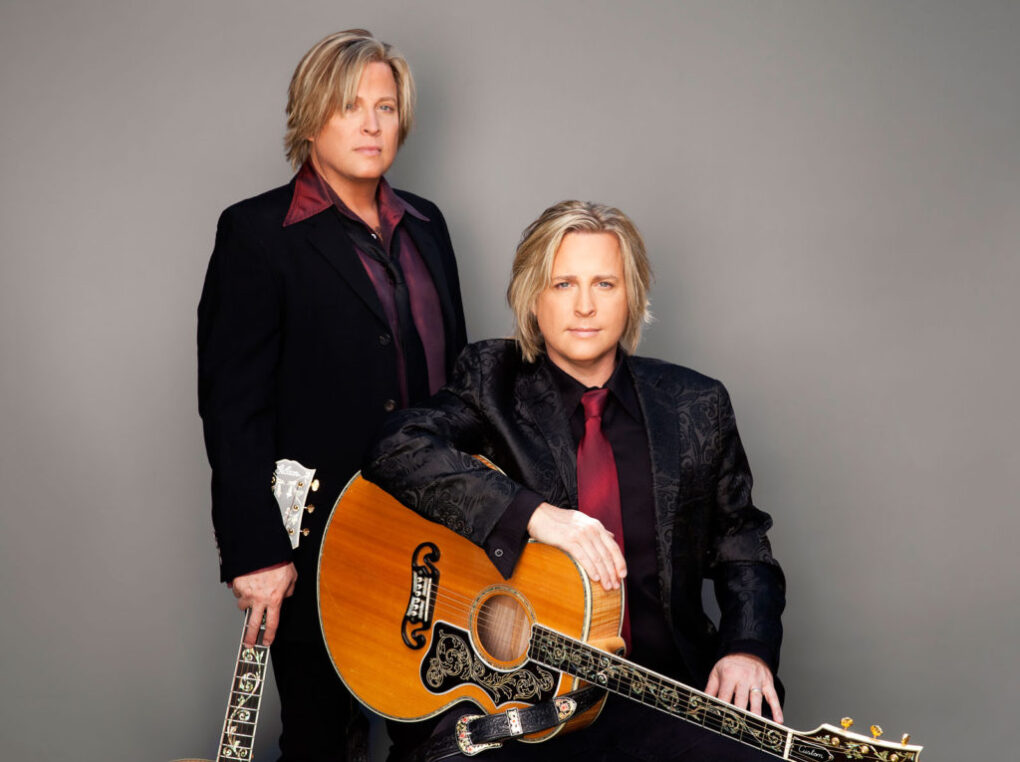 Here’s the thing…we sold millions of records to people who had no idea who our dad was. We noticed that a lot of the journalists did, but the kids didn’t. Our dad was our best friend and I lost him when I was 18. And we really bonded through our mutual love of music. So for me, this is kind of an ongoing mission because even though he’s in the Rock & Roll Hall of Fame, selling 300 million singles and all that stuff, there was a kind of an emotional undercurrent of a lack of respect. So my brother and I, we just went out there telling his story.

Our dad meant a lot to people, and I still have people coming up telling me they remember where they were when they heard about his passing. So for us, selfishly speaking, I wanted to do something that he would never do for himself, which is wave his own flag. When Gunnar and I play his songs, we feel him with us. We’re not out there trying to imitate him, we’re just singing his songs. And I think the fact that it’s the two of us that have already had our own success, it means something different than if we hadn’t. We’re not just “sons of” – we’ve already made our mark and I think for us it’s very real. It’s a nice visit. 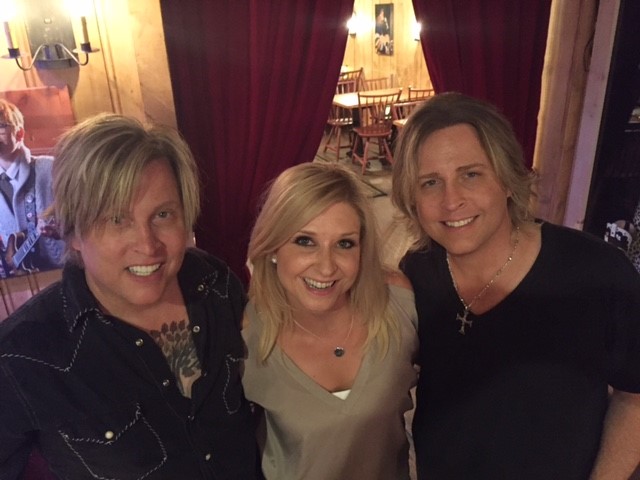 What most reminds you of your father when you look at yourself?

I’ve got to say, he left a really big impact in the sense that he was a really gracious person. He was impossibly good looking. I’m semi-good looking, but he was impossibly good looking [laughs]. I remember when women would meet him, they were literally gobsmacked. He had this kind of charisma. I think that Elvis was one of the only other guys that had “it.” Just like standing there, he had it. I don’t have that, but what I noticed was that he took time for everybody that wanted to talk to him. And he didn’t treat them like they were any different than he was. I thought that was pretty amazing. For me, I’ve tried to take that with me as well.

When we played Erie, Pennsylvania and there were 60,000 people there, Gunnar and I stayed and signed autographs for 13 hours [we gasp!]. Whatever it takes. I knew growing up that it’s hot today and not tomorrow. As my dad said, “A career is nothing but a series of comebacks.”

Blessings of being in a musical family…

I don’t remember a time when I didn’t want to play music. Literally, there are pictures of us as toddlers playing on our dad’s drummer’s drum set or strumming his guitar. For the first time, I connected – that was my Papa onstage playing, and people were happy and I think I was 3. So for me, that was something I always wanted to do. He was amazingly successful, he had a long career, kept reinventing himself. 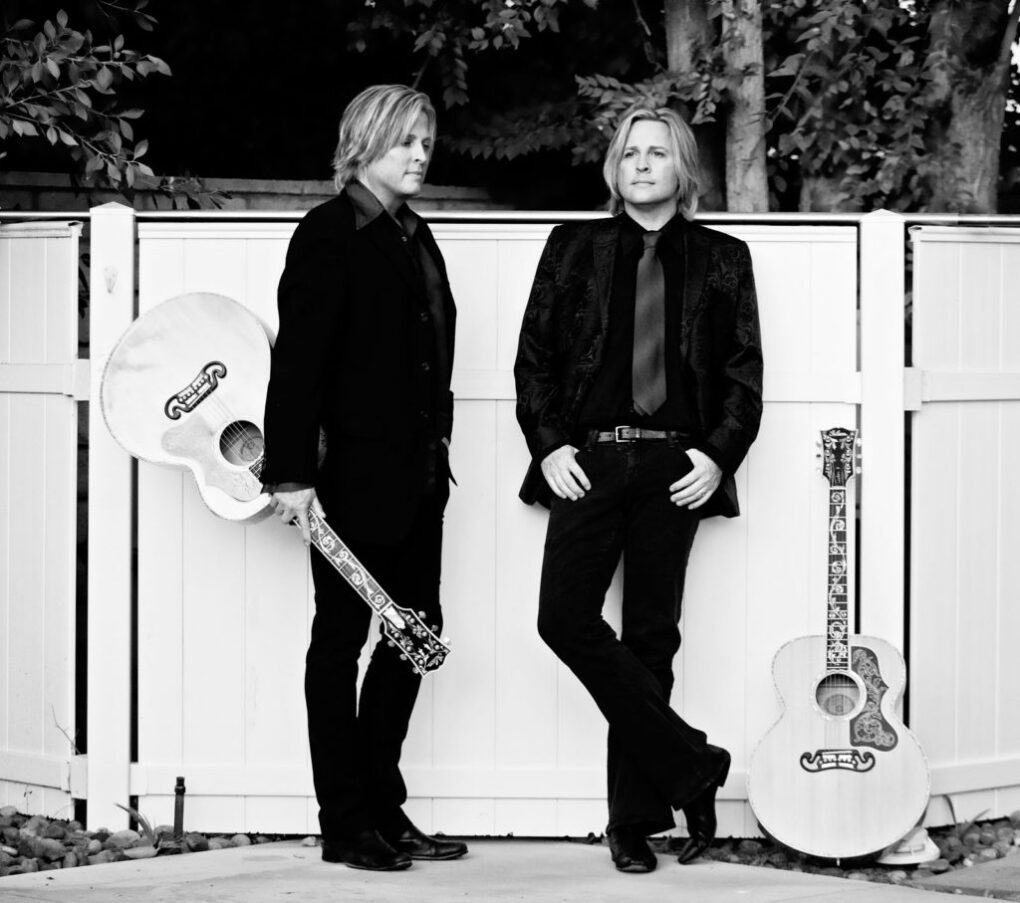 And then of course, there were our grandparents [Ozzie and Harriet Nelson]. I didn’t learn until I was older that it wasn’t normal for your grandparents to be asked for their autographs during dinner. That was just normal! The thing was, it was normal because they made it so. They never acted like they were anything other than a family of plumbers. It was just their job; it was what they did. They were just fortunate to be successful. It imprinted on me, and I think that was a real blessing because I knew that it was absolutely possible to be successful at an incredibly high level if you did undeniably good work and kept at it.

And there are plenty of curses. You know, my family is completely screwed up and dysfunctional just like everybody else. We’re that way publicly. Like finding out my dad was dead on the car radio. They didn’t let the family know. I was driving in my car and heard his song and was like, “Wow, this is great!” and then they made an announcement, and I passed out. So there are blessings and curses that come with it and it’s just part of what this is. Very surreal, strange life and I wouldn’t trade places for anybody. But I’m not going to say it’s all roses.

Middle finger in a velvet glove

Garden Party is my favorite song of my father’s because he wrote it, and it was pretty much his middle finger in a velvet glove at everybody who wanted to discount him. I think it had the most impact to people in an ongoing basis. It wasn’t just a really good pop song; he had plenty of those. Hello Mary Lou and Traveling Man; great songs, no doubt. But when you write something, and it’s a part of your heart, that’s pretty awesome.

[Lora’s note: my senior high school yearbook quote was from Garden Party. “But it’s alright now, I’ve learned my lesson well. See, you can’t please everyone, so you’ve got to please yourself.” And yes, I let Matthew know that during our interview :)]

We have a very simple rider. For a while we had organic almond butter and hummus and some sort of a tea my brother put on there. I used to get more promoters bitching about how hard it was to find that in Davenport, Iowa! So that was kind of funny, but we’re low key now – something that’s reasonably healthy to eat. And we like to make sure our crew is fed before we are. I figure, if the crew is happy, we’re going to have a good show…these guys have been working for 12 hours, and trust me, we can skip a meal! But the reason they do that with the riders is so the promoters read it. It’s a way of knowing if someone’s paying attention to the rider.

My dad was stuck doing a residency once for a week in the middle of nowhere; the promoter was horrible, the food was even worse, and the band got really bored. So they all got together and did something that’s now in movies, but they were the first people to do it. They went out to a hardware store and got some industrial strength epoxy and some Super Glue. And they spent three days gluing the furniture on the ceiling! So when the maid came in and looked up, the entire room was upside down. Now that is funny. It cost them a little bit of money to fix it…I think it’s in the movie Rock Star with Mark Wahlberg. Pretty funny stuff.

What do you hope the audience gets to know about Ricky Nelson after seeing the show?

I think I’d like people to know that he really lived and died for music. Despite the fact that he was pretty much the archetype for the child actor if you think about it. He was 8 when he started on the TV show, became a rock and roll star at 16, and reinvented himself as a country rocker by 24. Every time he played a show, he gave his all. He lived for his music. He loved it. He was a music man. It’s like my Uncle David [Nelson] said, he was just a really sweet person. He was just a nice guy. And what a cool legacy…

Subjective. Success is how you feel it is. I’m the guy that had a #1 hit on the Billboard charts that I wrote and I remember thinking, wow this is awesome, but is this it? I was 22. I think the satisfaction of any job done well, whether loving somebody else, or creating a piece of music, or fixing a fence, the satisfaction of doing the best you could, that’s success to me.

Shattered to the Core

Kimberley Locke on Doctor & the Diva