Today’s blog adventure brings us to the childhood home of luge Olympian Tucker West, in Ridgefield, CT. With such a cool name as Tucker West, we think he was probably destined for great things! He has numerous world cups and gold medals to his name from luge championships around the world. “At the age of 18, Tucker was the youngest male ever to qualify to represent the United States in the men’s luge at the Olympics. West placed 22nd in the men’s single competition at the 2014 Winter Olympics in Sochi, Russia.” Thanks, Wikipedia 😉

Just in case…luge is the face-up, feet-first sled one. Haven’t you ever wondered how anyone gets into such sports, and what must be going through their mind as they hurtle down that icy track? Us too…read on. 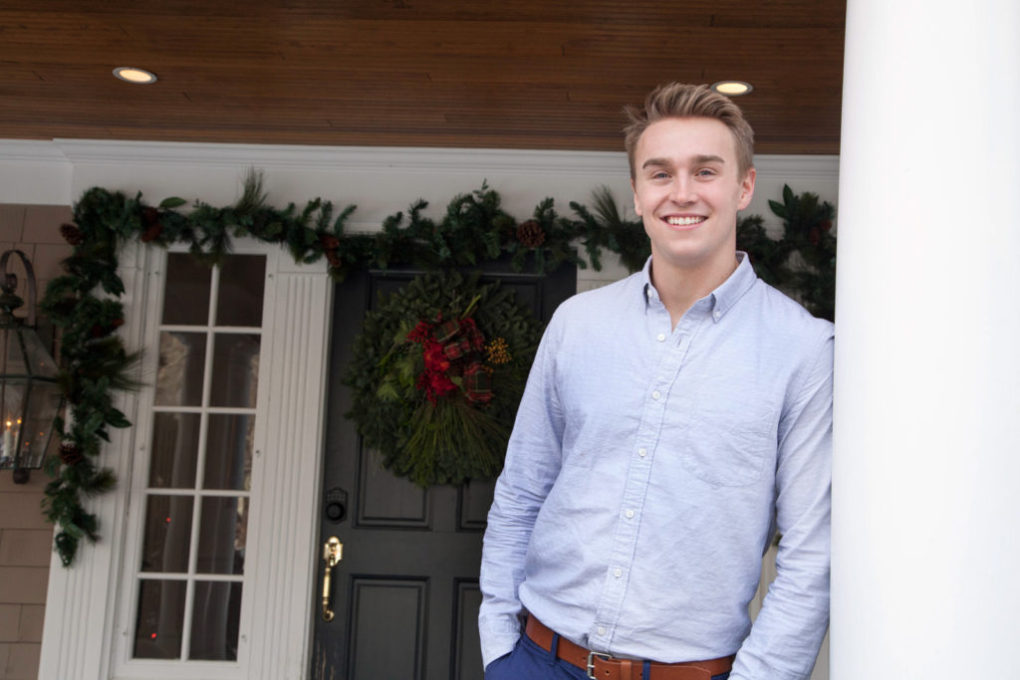 What age did you start luging?

In 2002, my dad and I watched the luge in the Olympics. We were flipping through channels and luge was on…and for some reason, we thought it was cool and were just infatuated by it. So, naturally went out in the backyard built a little hill next to the barn and we went sledding. That wasn’t fast enough, so we took the garden hose out and iced it down, and that wasn’t fast enough. So then we came up with the hair-brained idea to make our own track.

USA Luge heard about this crazy thing in our backyard and they came to check it out and said I should try the real thing. So when I was 9 years old we went up to Lake Placid and that’s where I took my first run and that’s where I fell in love with it. 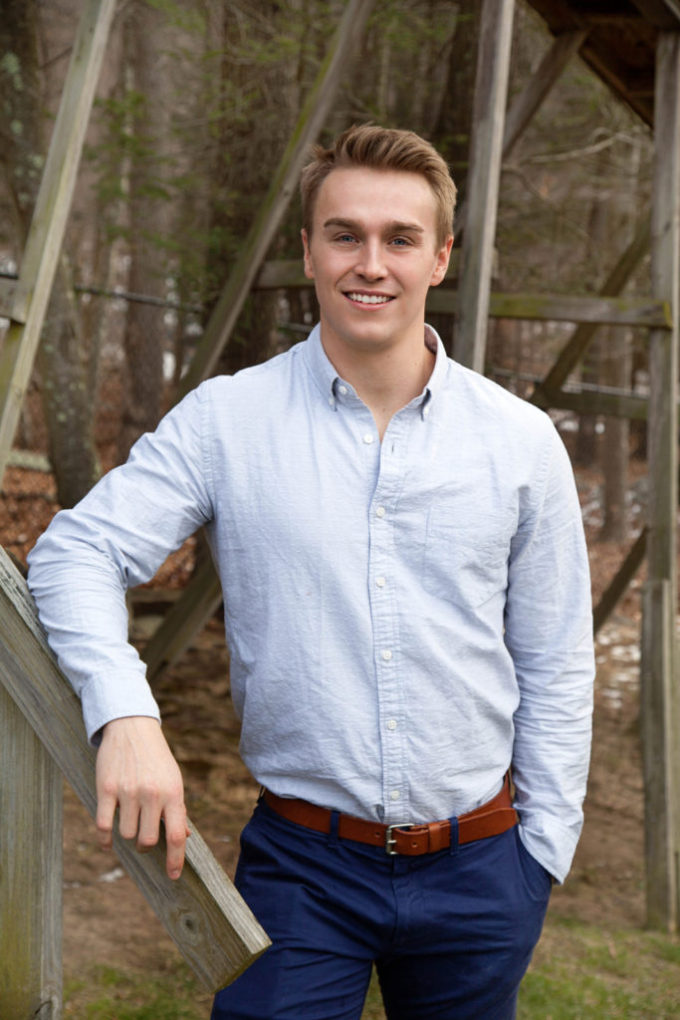 Nothing too big. I try not to get too stuck in a routine because I feel that if your routine gets screwed then that can screw with you mentally. I try to switch it up most of the time. I try to stay away from lucky socks.

How fast are you generally going?

Do you drive fast too?

I try not to. I obey the speed limit!

What’s generally going through your mind as you lay face up on a sled traveling at 80-90 mph down an icy track?

That’s a good question. Don’t crash (laughs)?! No, I’m focused on the task at hand. There’s a lot of intricate things that we’re doing while we’re going down. Every curve has its set of driving lines that you have to work with; the pressures to hit that correct line. You’re thinking about two curves ahead of you; it’s like a puzzle piece the whole way down. Each curve leads to the next. You’re doing all this while you’re thinking about maintaining your aerodynamic position, pointing your toes, keeping your head back…and trying to relax!

Is it physically demanding on one part of the body over another?

It’s pretty taxing on your back and shoulders. If you ever watch the start, we kind of throw ourselves into what we call “compression” which is folding yourself over pretty much as hard as you can.

If it’s not too cold. Winter around 20 degrees is fine, colder than that is brutal.

Any other sports you’re really good at?

Nope. I played baseball, hockey when I was younger, and I was ok. Luge I pursued and was the only thing I really went for from age 12 on.

What’s your favorite memory of competing at the Olympic Winter Games in Sochi, Russia….and least favorite (we remember the FB posts about the bathrooms)…

Definitely walking into the Opening Ceremony. It’s one of those moments that’s hard to describe in words. It’s the pinnacle of everything, all of your hard work combined into that one moment. It gives you goose bumps when you walk in and the whole crowd is cheering. It’s cool to be walking behind that American flag.

(At this point we asked if we can please check out his selection of USA Sochi wear. Lora is donning the closing ceremony ensemble…) 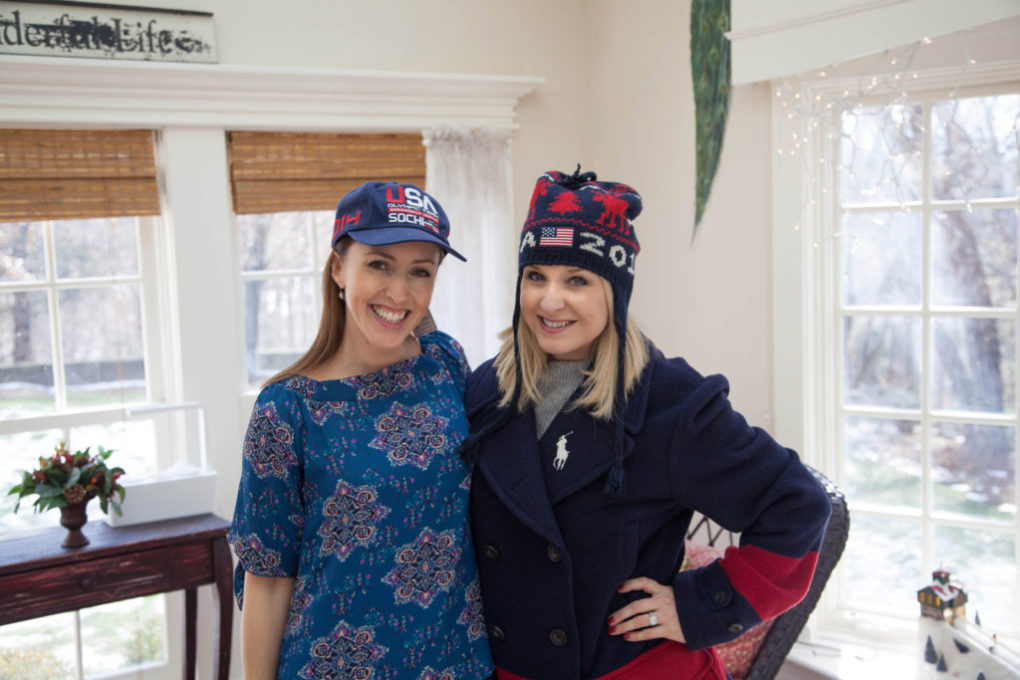 The hardest thing about what you do?

I do have to give up a lot for it. I had to move away from my friends and family here (in Ridgefield) to move up to Lake Placid in 9th grade. I really only come home for 2 solid weeks throughout the whole year. It is a lot of time away from family, but it’s what I love to do.

Where do you like to go when you’re back in Ridgefield?

I love coming back here. I hold it near and dear. I get excited about coming back. I love Prime Burger and 850° Wood Fired. 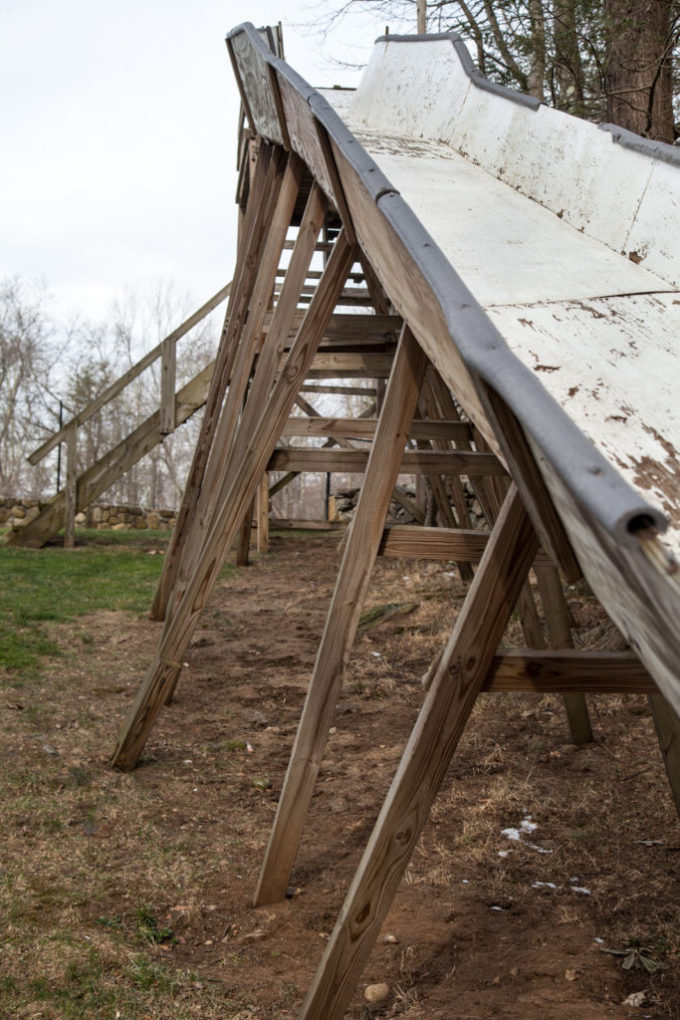 What’s next for Tucker after your luge career?

That’s the golden question. I’m pursuing my degree. I’m a student at Union College studying economics but I’m not really sure what I want to do with it. Keeping the doors open.

How do you balance training, competing, school, and travel?

Union is a trimester calendar school, so I’m able to go for one trimester every year. Each trimester is about 2 months long, and that lines up perfectly with the competition schedule. I’m on the long plan. I’m chipping away at it.

Do you ever go sledding just for fun?

We actually do. Sometimes we’ll get plastic sleds when we’re in Europe and go down the ski mountains. 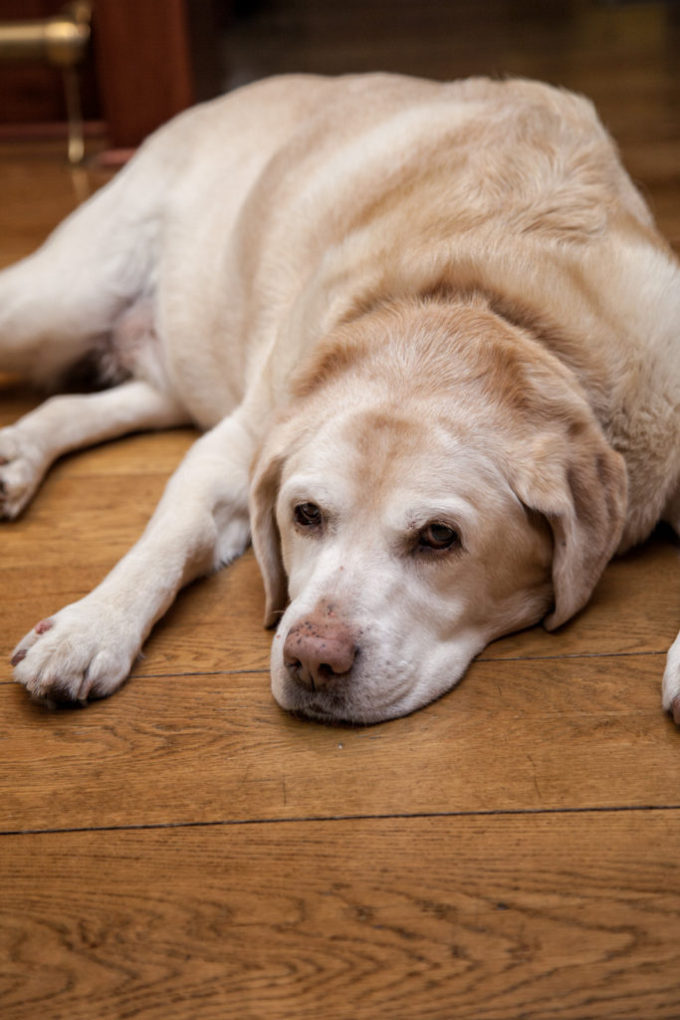 Bingo (other family dog Sochi was shy and took off) 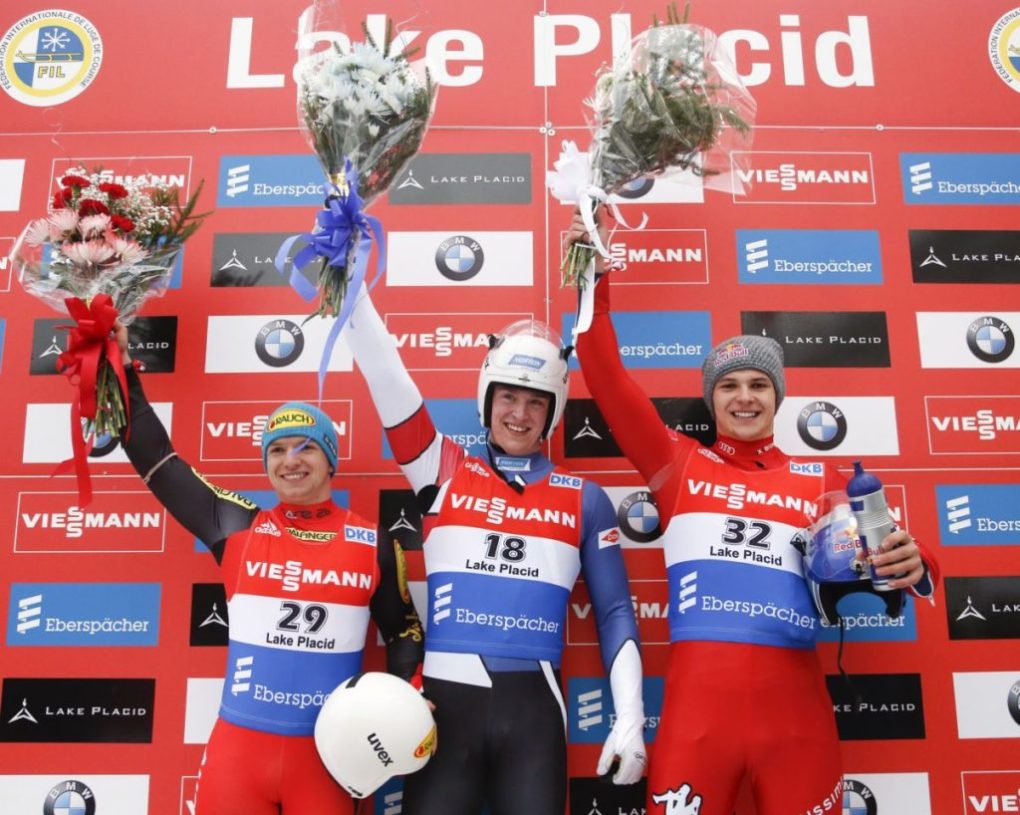 Thanks for chatting with us, Tucker! We’ll all be rooting for you at the 2018 Olympic Games!

If you want to follow Tucker’s progress to the next Olympics in Pyeongchang, like his fan page here. 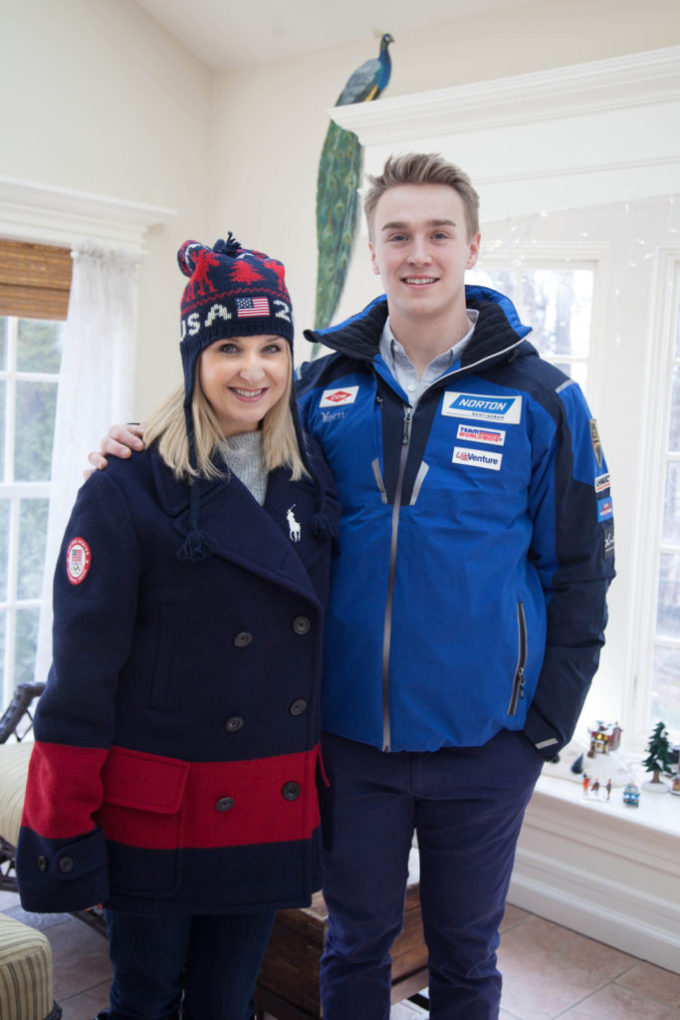 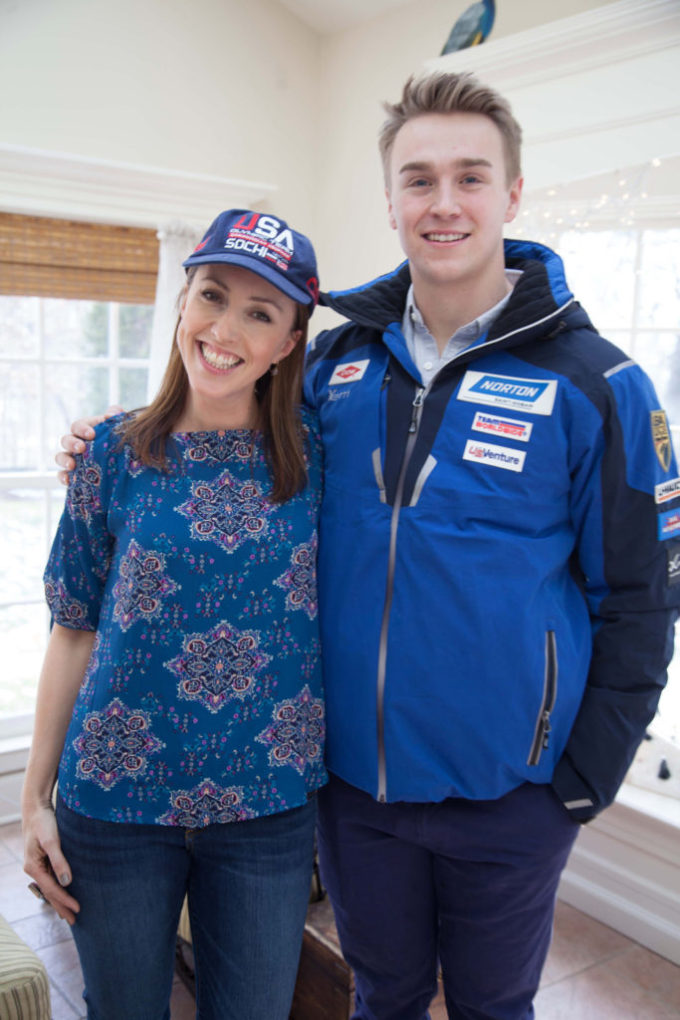 Words: Bev/Photos: Lora, except as noted

At home with Richard Pilbrow