What’s your favorite Air Supply song? Go! If you were listening to the radio in the 80s then you most certainly have one. With eight top ten hits in the US, Air Supply had the catchiest break-up songs you can imagine, and you probably shed a tear listening to them once or twice or 100 times.

We had the pleasure of chatting with lead singer Russell Hitchcock the other day, and got to ask him about their upcoming tour (at The Ridgefield Playhouse on May 11th) and a bunch of other classic Lora + Bev questions. Russell said we were interesting. Yasssss!

Bev – What do you enjoy the most about touring?

At this point in my life, I love being on stage. Playing such great songs and seeing people respond the way they do is the best part. The rest of it, the travel, the hotels, is quite boring (laughs). It’s all about playing.

Lora – Any interesting things in your rider?

We’re probably pretty boring! We have a bottle of wine for after the show, and actually, Graham insists on flowers in his dressing room…and of course I get them because he’s the boss. I’ve been doing this for 42 years and I just want to do the shows and not cause too much trouble or too much aggravation to the promoters.

Bev – You’ll be performing at The Ridgefield Playhouse on May 11th. What can people expect at the show?

We’ll be playing a lot of songs that people are familiar with, “Here I Am”, “The One That You Love”, “Sweet Dreams”, “Every Woman in the World”, etc. but Graham has a beautiful solo thing during the show now, which gives me a chance to go backstage for a couple of minutes and chill.

The band is fantastic. In all the years of doing this, it’s one of the best lineups we’ve had. They’re all young and good looking which makes us look better (laughs). I’ve been to see some really big name bands, which I won’t mention, and they sounded awesome but there was nothing else. It was just like they were playing for themselves and there was no interaction with the audience, they barely spoke – we’re the opposite. We get involved with the audience. We just want people to come and have a good time and if they want to yell, scream, cry, we’re all over it! It’s a community effort when we play a show.

Lora – When you’re not performing, what can we find you doing?

What I’m doing right now! I’m sitting at home in Atlanta watching TV. The last couple of weeks have been really busy. We played 3 shows in Brazil a week and a half ago, we were home for a day and a bit, and then went back out on the road again. I did my laundry yesterday and I’m off on the road again today. If I’m not working I really just want to relax, have a quiet dinner with friends, be home with my wife and my dog, and just chill!

Bev – So, what are you listening to right now?

Lora – Do you have any pre-show rituals?

I like to be at the show a couple of hours before. If the show’s at 8, we’ll probably have soundcheck at 5, so we’re done about 5:30. I just like to spend some time alone and think about the show.

As soon as we have an hour call, I go to my dressing room and get changed. But about a half an hour before the show, the band and Graham and I get together and we sing a bunch of parts of songs so we make sure we’re on the same page.

We have a thing where I have a little talk with everybody reminding them, even for me, I always say, “Tonight’s the first show of the rest of your life.” I don’t want to go out there and be blasé or take it for granted. And I expect the best from everybody. They deliver typically, but it’s just a thing that we do. It never changes. After the vocal thing, we just relax for 10 minutes then it’s time to go! 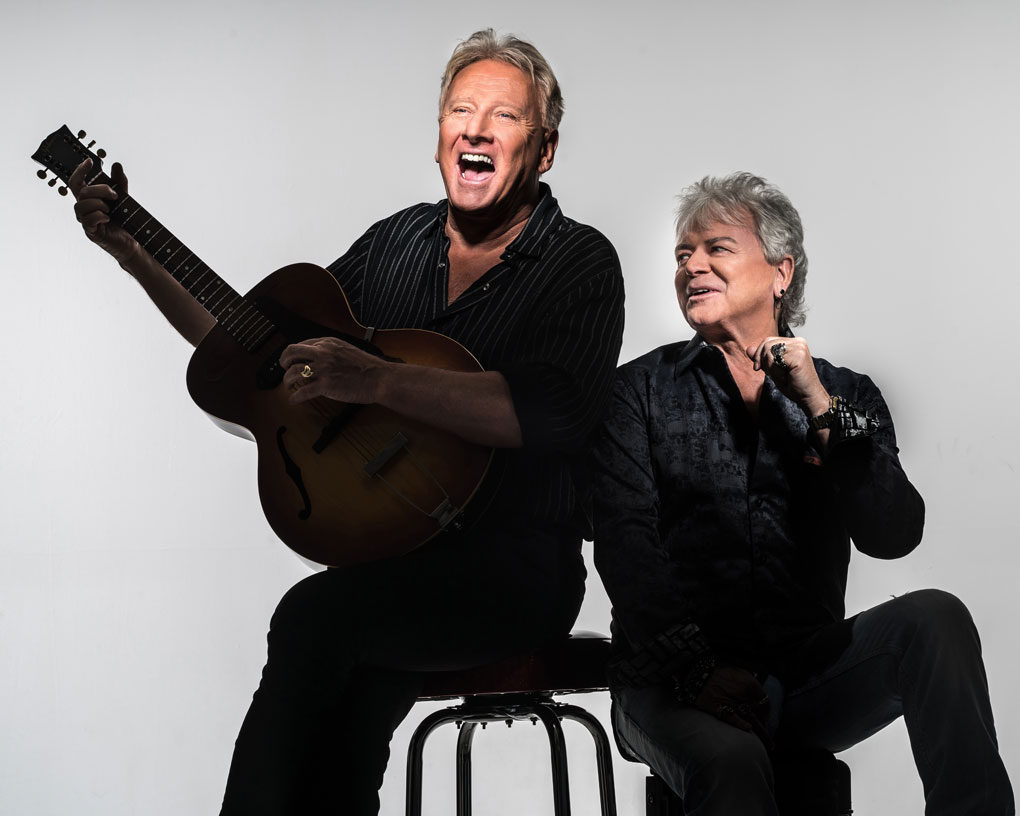 Bev–You and Graham have been friends since 1975. What’s the key to a long-lasting friendship and work partnership?

The first time I met him was for rehearsals for Jesus Christ Superstar and we were amongst a few outcasts because most of the people had been in the production business and they were from a theatre background. Before I got into Superstar, I worked in an office. I had no ambitions about being a musician ever – I got in by chance. He’s English, I’m Australian, same kind of backgrounds; working-class upbringings, we’d both seen The Beatles – I saw them in ‘64 in Australia, he saw them in ‘63 in England, and we’re both Beatles fanatics. We have the same kind of sense of humor, same interest in movies, everything is pretty much like my twin brother. 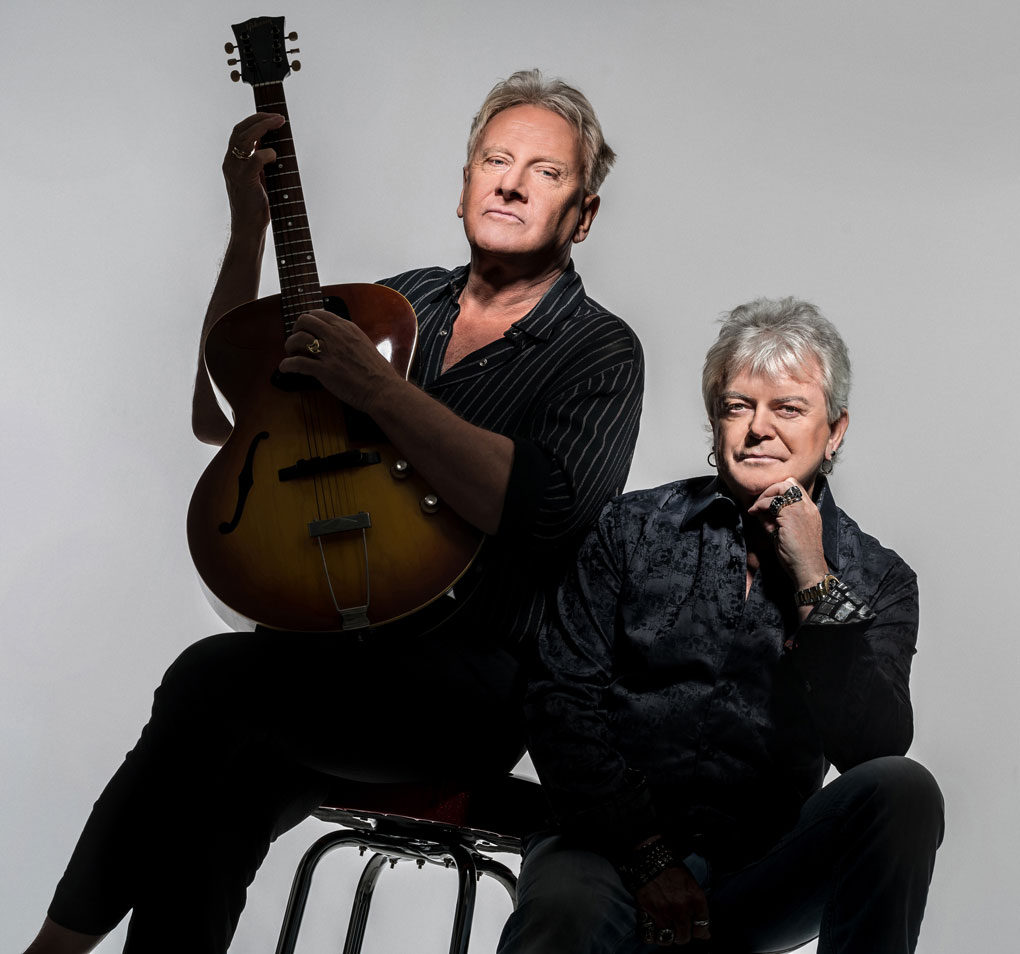 As far as working with him is concerned, we never competed. He writes songs, and I can’t write. He never wanted to be a lead singer. He’s 6’5” and blonde, and I’m 5’7” and not blonde. Everything that could have meshed together at the right time, and still to this day, did. We don’t see each other when we’re not working. So when we get back together when we’re on the road, it’s always a pleasure to see him. We just enjoy each other’s company.

We still have major fun on the road. There’s not a day that goes by that we don’t have a big laugh. We just love what we do. It’s just a blessing to be able to say after so long of a period of 43 years that we’re still performing at a high level. There’s no downside to what we do.

Before we end this, I really believe that Graham deserves to be awarded a Grammy. I think it’s been a travesty for him to write such great songs that have never been recognized by the critics. That for me would be great. Other than that I just want to keep rolling on. I don’t take too much too seriously except for my relationship with my wife and my friends. I just want to go with the flow.

Bev–Finish the sentence: Success is:

[Russell was cute and said we could use asterisks for that word, but we told him we were keeping it in…]

Russell – We’re looking forward to coming to see you guys. To have people leave the show thinking it’s one of the best things they’ve seen, that’s our goal. That was a very interesting interview. Thanks for the questions! 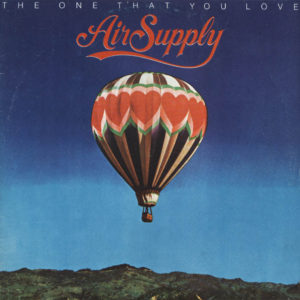