Come and cuddle ponies for the day? Yes! Sign us up – no further information needed! That’s basically how it went down when we met Dr. Lisa Wojan at Momix in the Garden this summer. Dr. L recognized us as Unlocking Connecticut (which is always so nice!) and gave us her card and said come on over sometime. It’s been on top of our to-visit list ever since. 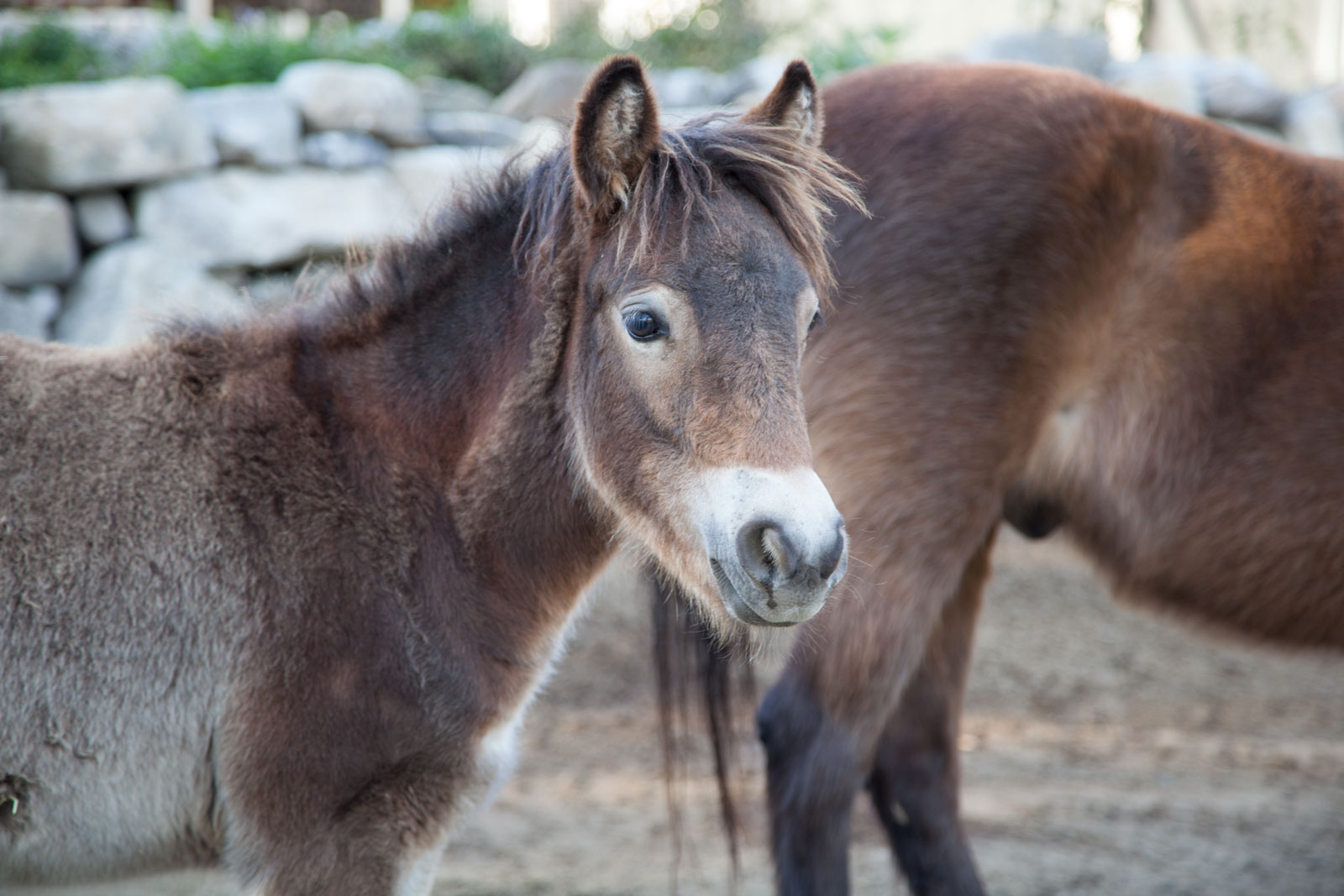 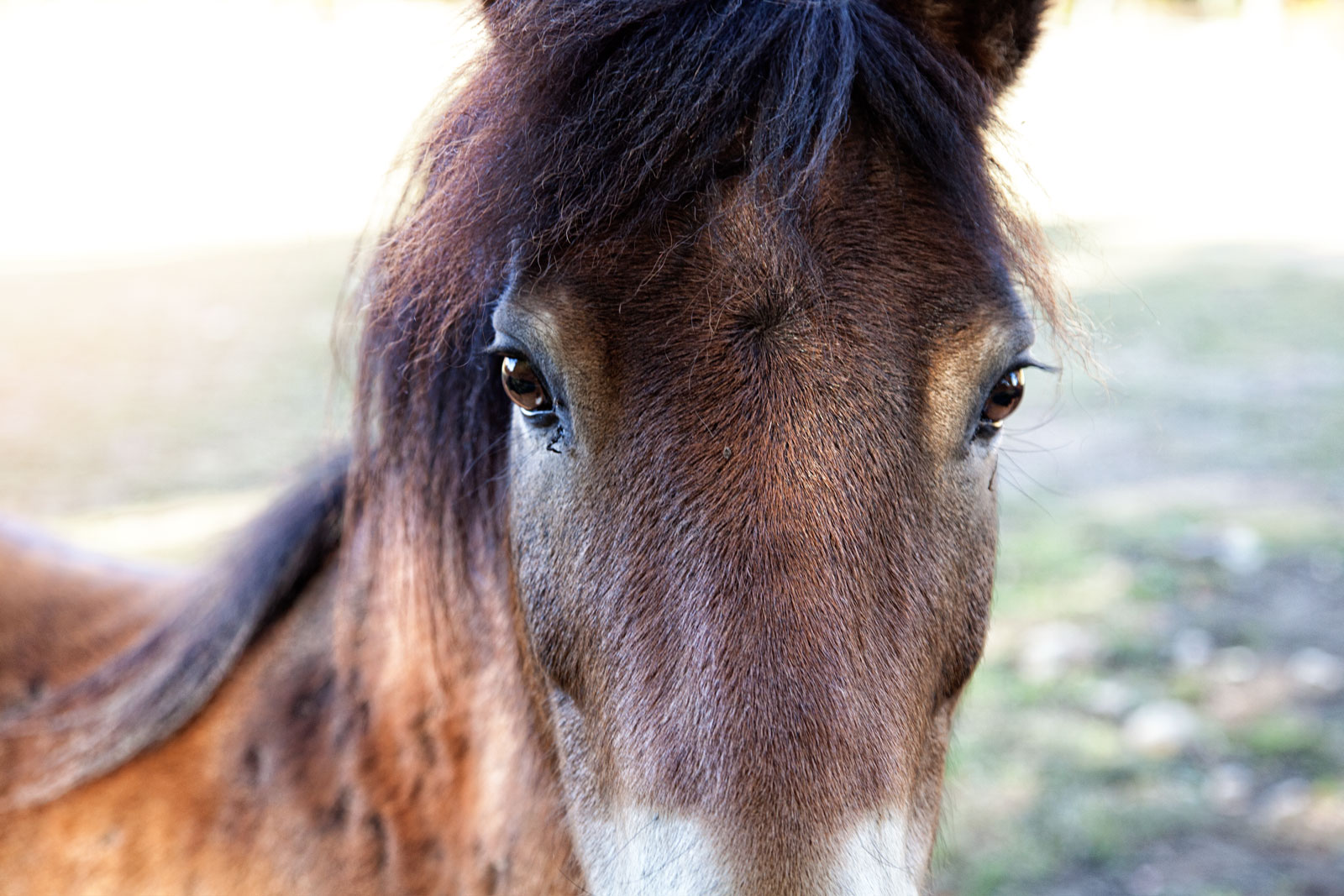 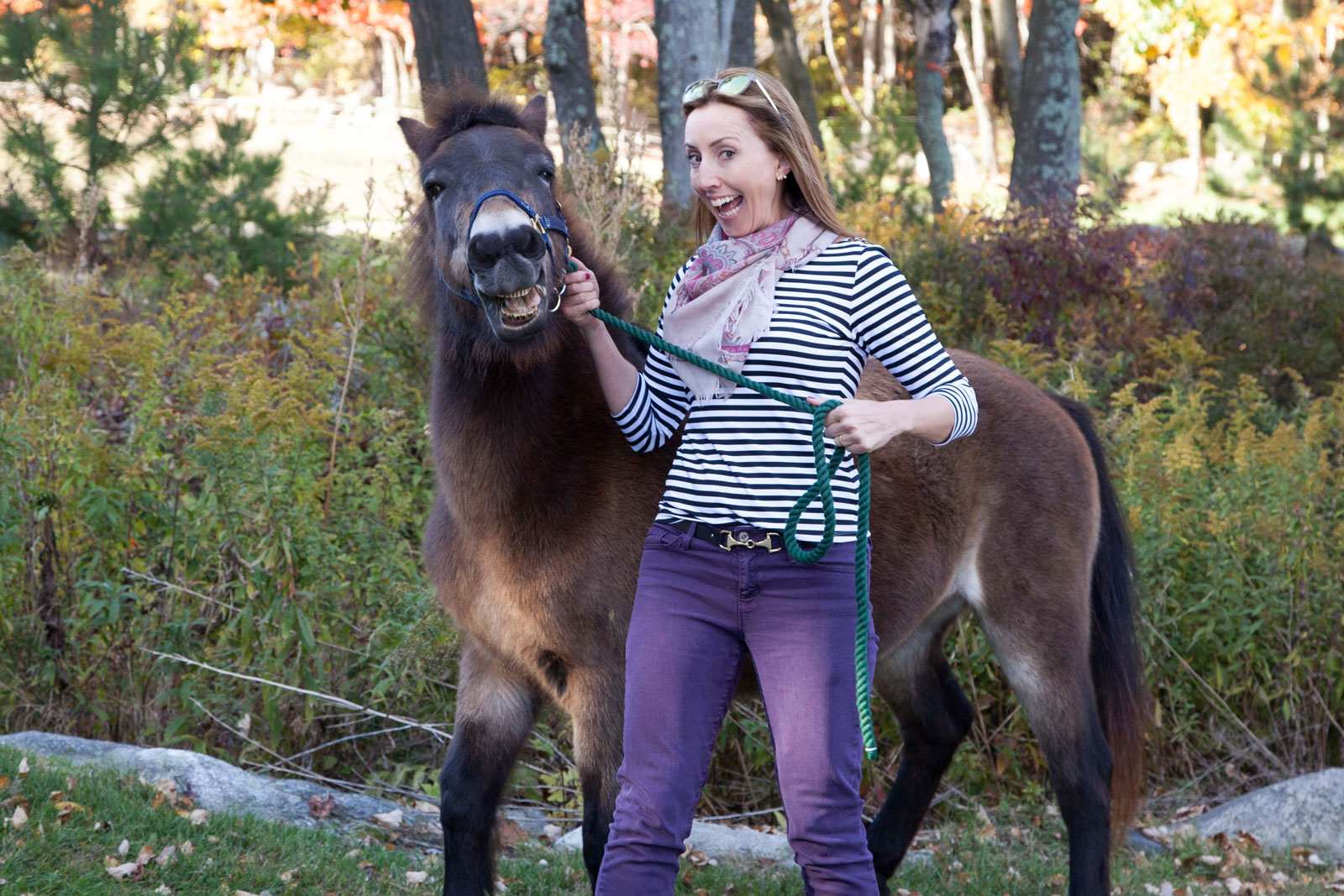 I’m not sure who is impersonating who here? 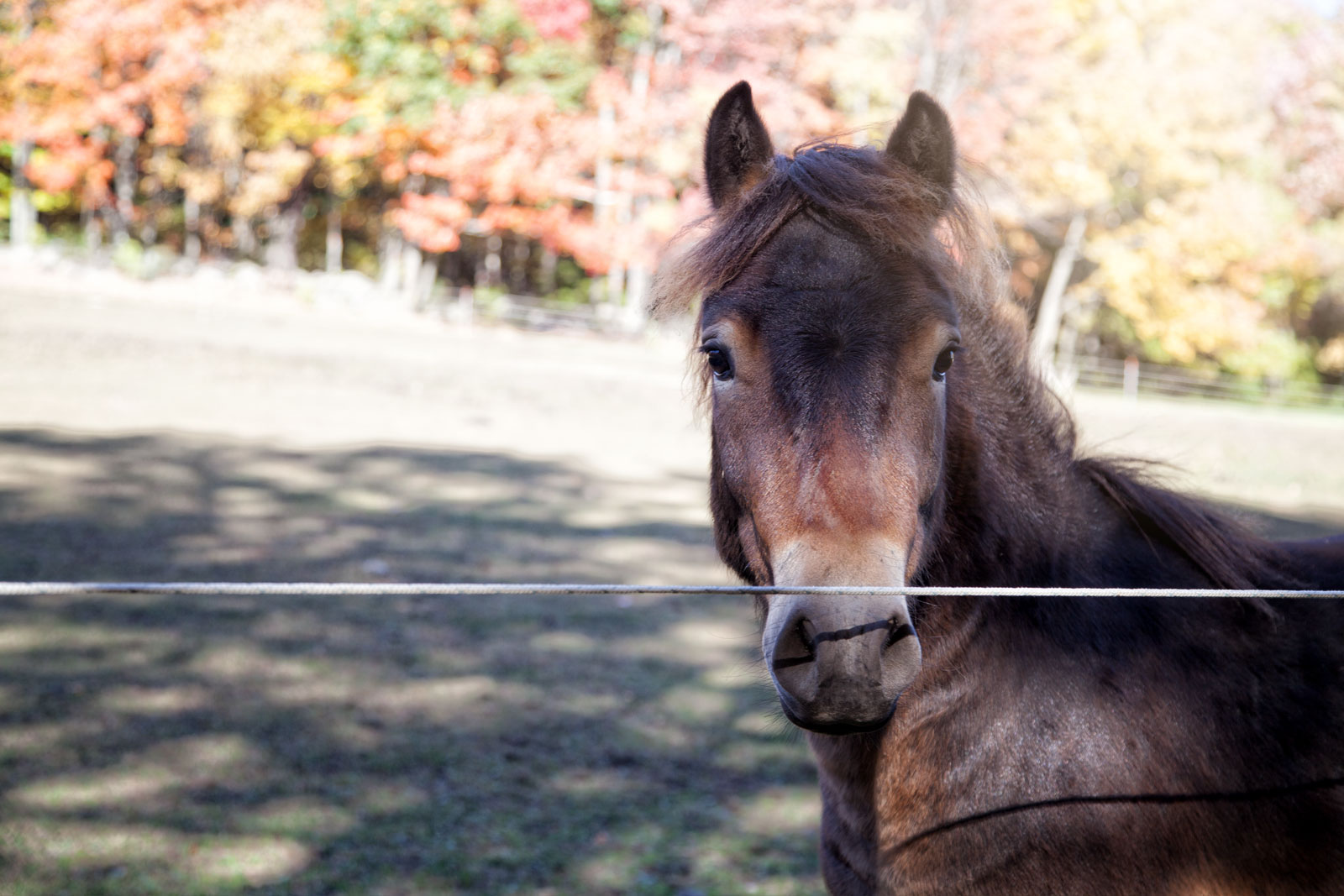 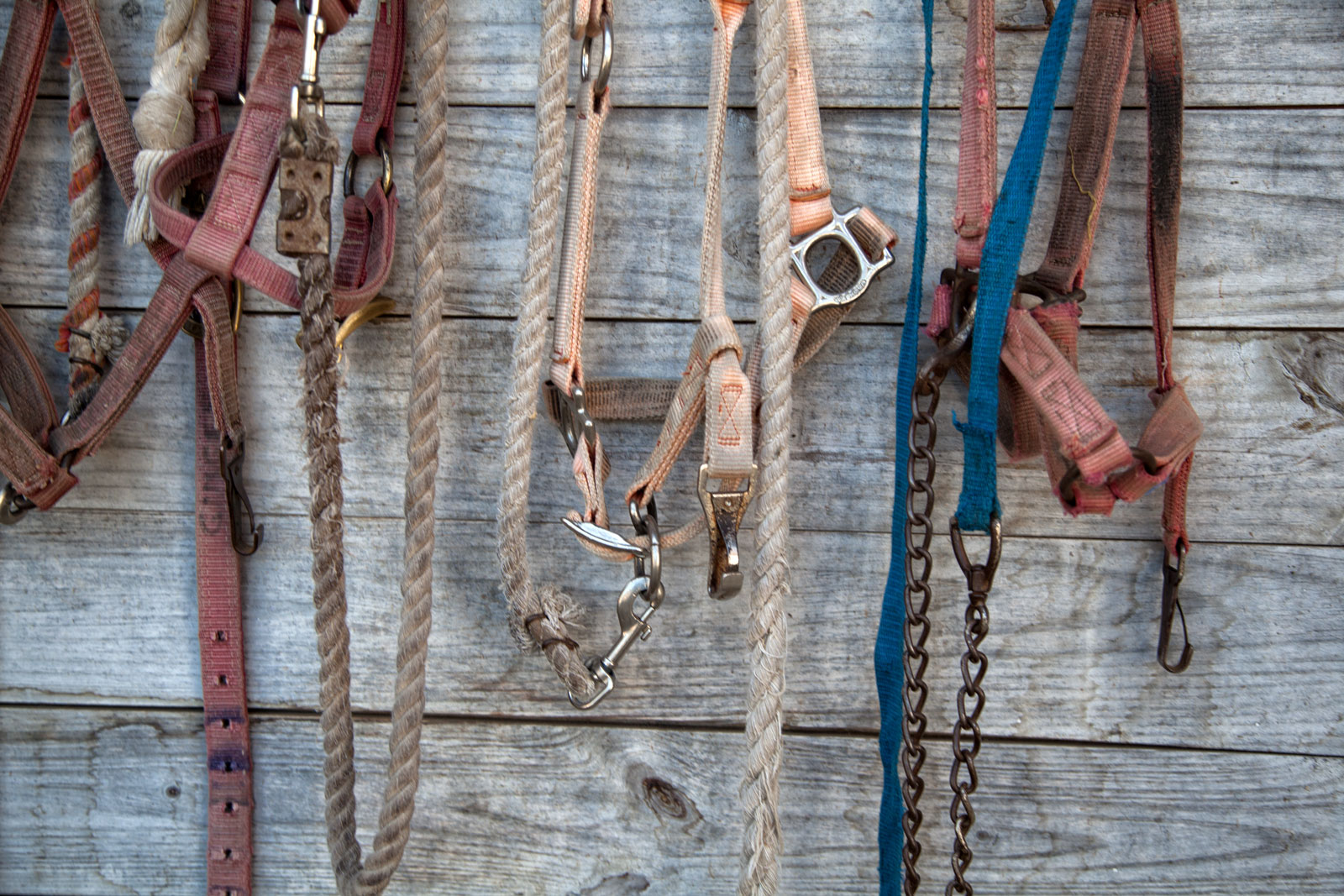 Equunimity is a secluded farm in Litchfield County that breeds and maintains the genetic health of Exmoor ponies – an endangered breed native to the UK. In addition to being one of the top breeders of Exmoor ponies in North America, Equunimity offers an Equine Assisted Therapy program. Co-therapy: Doctor/pony/patient.

Equine Assisted Therapy (EAT) assists clients in making advancements in therapy. The ponies offer a distraction…creating a bridge for talking and healing. All the while, the client also forms a trust and bond with these intelligent…and did we mention CUTE…ponies.

We spent an afternoon with Dr. Lisa Wojan, a large animal veterinarian, and Dr. Jed Struckus, a clinical psychologist and neuropsychologist. Together, this team has the perfect combination of knowledge and wisdom – resulting in Equunimity. A farm that helps an endangered breed, and a breed that very much helps humans with therapeutic needs.

Straight from their site, “Equunimity specializes in treating those with PTSD, anxiety, and affective disorders, as well as other mental, social, and personal limitations. We also specialize in seeing those who have been subject to domestic violence and sexual assault; if this applies to you, contact us during a safe time to learn about subsidized pricing rates.”

Dr. L and Dr. S guided us through a mini version of a therapy session.

The first step was to meet our pony, Aster. The Docs explained how the Exmoor breed is very intuitive to human emotions and quite often a client and a pony will pick each other. Fascinating! We took turns saying hello and putting a halter on Aster. Establishing a relationship. 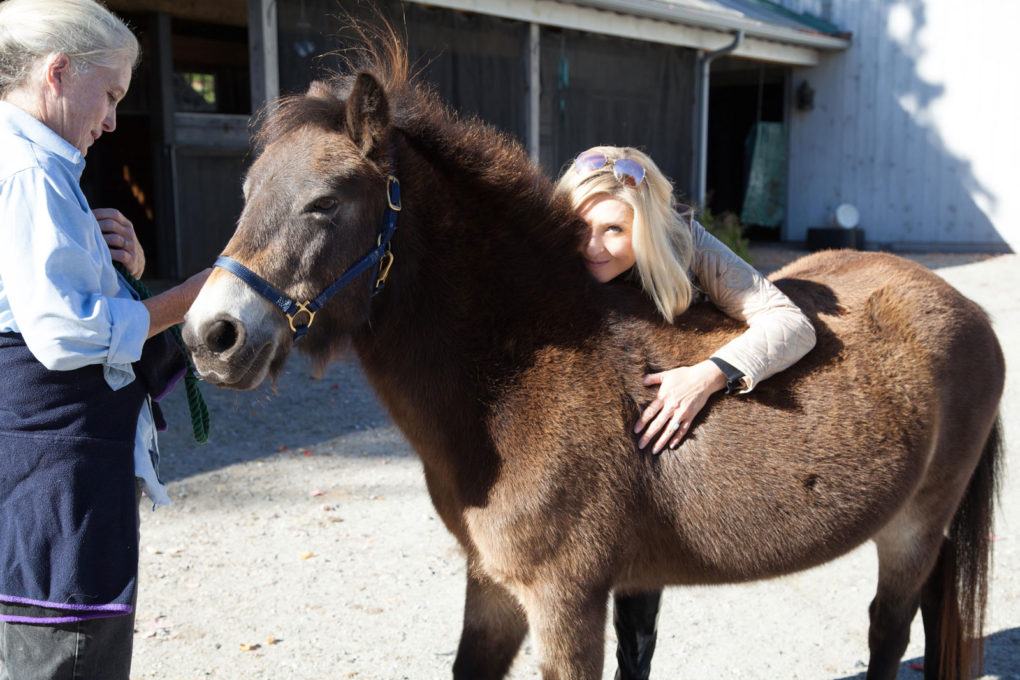 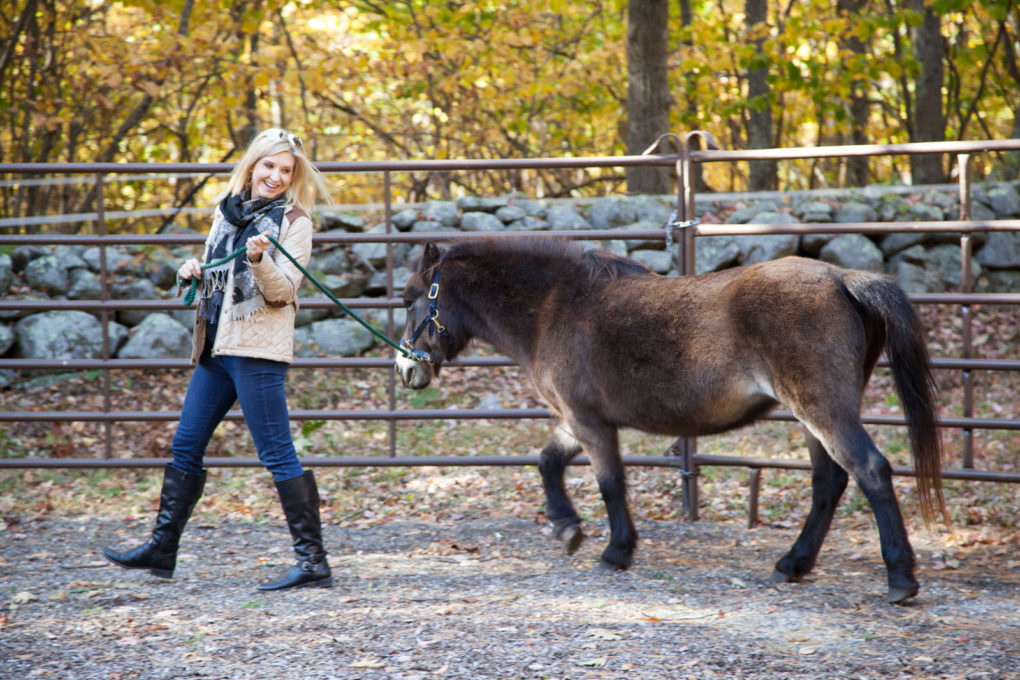 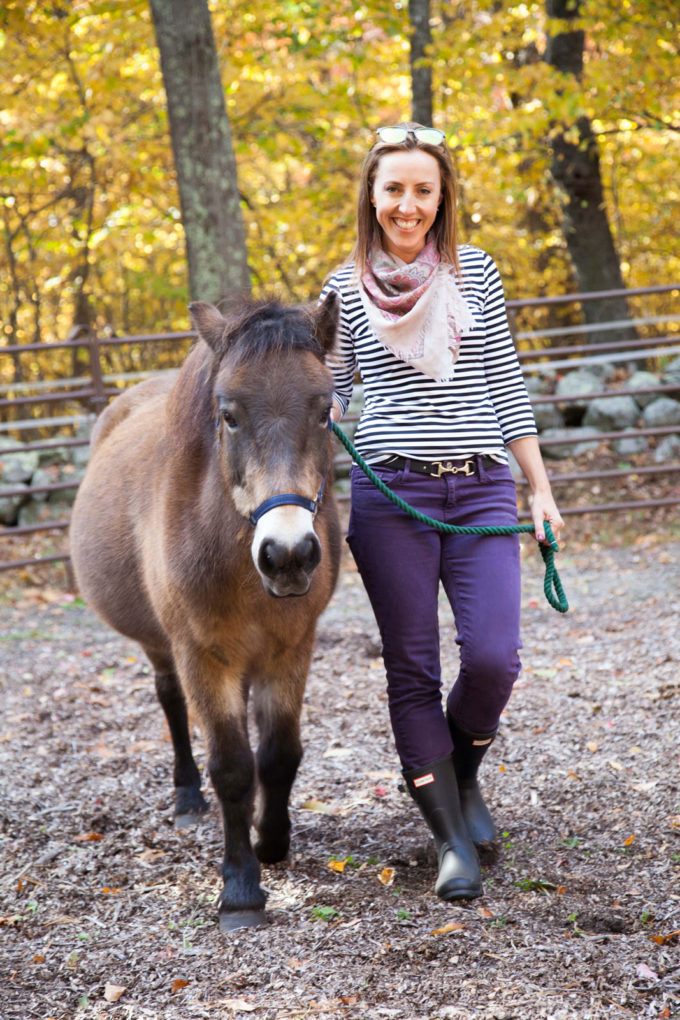 Can you give our readers the low-down on Equunimity?

It’s the culmination of long-standing interest and expertise in melding the intrinsically therapeutic animal-human bond with more traditional psychotherapy. Dr. Struckus’ Ph.D. dissertation was on the use of domestic animals in treating human emotional issues. Now we have a chance to put to use the Exmoor ponies, who excel at the formation of peaceful, nurturing bonds with humans, in the pursuit of tranquility, calmness, and serenity of mind here at Equunimity.

Your careers complement each other and this venture perfectly. How did you two meet and has this been a long-time dream?

We met in college. Equunimity was a lightbulb moment, 1 year ago for me (Dr. Wojan) and 6 months ago, Dr. Struckus concurred that it was a really good idea!

You’re also one of the only breeders of Exmoor ponies in North America. Tell us more about that??

The rare breed preservation and promotion mission of the farm is its raison d’etre. We have always approached the issue of rarity as a project to be solved rather than a desire to be exclusive which was, and is, how others in the breed have handled the rare breed status of the Exmoor pony.

Exposure to Exmoor ponies was completely lacking in North America when we joined the fray. Our original stallion alone, Braeford of Nonesuch, has been seen, and often petted, by over a 1/4 million people! Those people in most instances did not know anything about Exmoor ponies because no one in North America who did have them had made much effort to get them out to demos, exhibitions, and competitions.

We abide by John Quincy Adams quotation: “patience & perseverance have a magical effect before which difficulties disappear and obstacles vanish.” That guiding principle has seen us through some tough times.

Ultimately, we will have single-handedly done more for saving the genetics of the Exmoor pony than anyone on either side of the pond through our germplasm conservation efforts.

What do your clients generally gain from Equunimity and their experience here?

We hope tranquility/calmness/serenity of mind, a sense of being fearless, the ability to set boundaries for others in their lives, a feeling of security in themselves. The Exmoor ponies provide non-critical, non-judgmental routes to all those positive processes.

Can you describe for our readers the work we did with the ponies today?

A mini-workshop including exercises on being fearless, setting boundaries, and doing agility.

An experience we won’t soon forget!

And then more cuddling…

giving this pony a little top knot…cute, no?