Here’s a little glimpse into our typical conversation on the drive to any of our “At home with” features. You know, the features where we basically invite ourselves over to interesting people/local celeb’s homes, for a chat and to hang out. It goes back and forth like this, “I hope they like us, I hope they feed us, I hope they’re fun, I hope they offer us a drink, I hope they don’t think we’re weirdos.”

Our visit with actor Paul Marcarelli (the “Can you hear me now?” guy) and Ryan Brown at their recently renovated country home in Litchfield, did not disappoint on any hope… 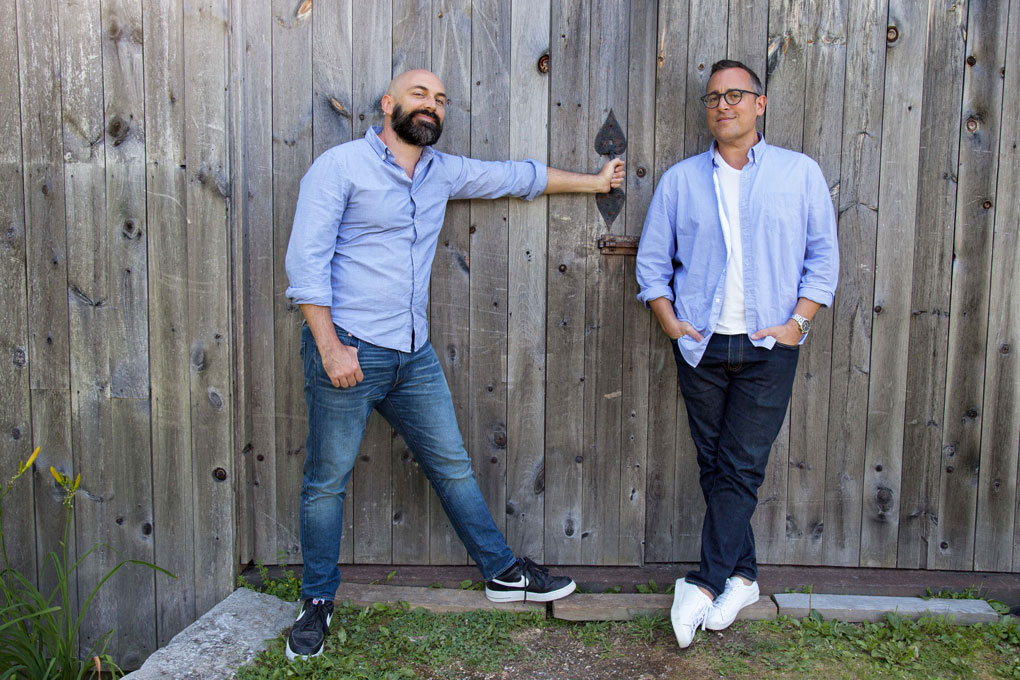 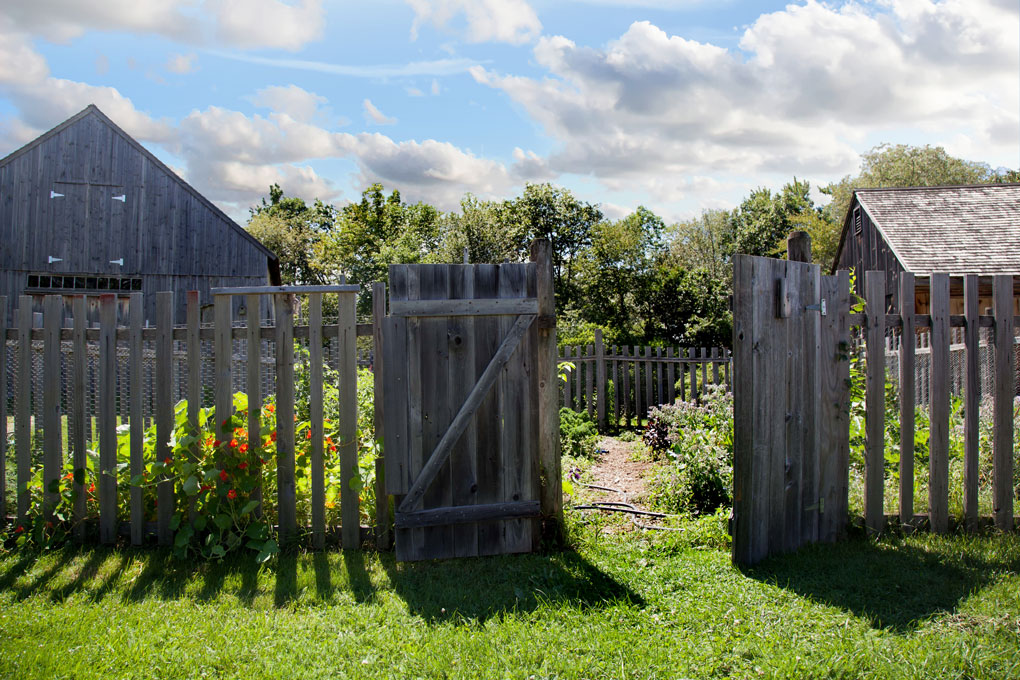 Married since October 6, 2014 (aka Lora’s birthday), Ryan Brown, (left) Chef and Owner of Ryan Brown Catering, New York, and Paul Marcarelli (right), actor, in front of a barn on their property in Litchfield.

Paul is most recognizable from his twenty years as an actor in commercials. From 2001-2014, he appeared in hundreds of commercials for Verizon Wireless, portraying the ubiquitous “Can You Hear Me Now Guy,” and in 2016 he surprised the ad world by becoming the face of Verizon-competitor Sprint.

Where is the key?

During our tour of Paul and Ryan’s home, we discovered this beauty in the garage. The key wasn’t convenient, so collectively we decided it would be a fantastic idea to roll the 1954 MG out for an impromptu photo shoot. Let’s just say, it was easier to push it out. To push it back involved the slightest of inclines.

And a few more Qs before we hit the road…

How did you meet?

Paul: It’s an interesting story. We’ve known each other since 1992. We met because Ryan was working at a modeling agency where my then boyfriend was also working. Ryan was one of my first friends in NY. Over the years, we would occasionally see each other at social events with mutual friends. I always kept tabs on him.

Ryan: Likewise. We would see each other maybe once a year at a party or we’d bump into each other at the gym…

Paul: Then I produced a play in 2008 and Ryan came because our mutual friend Rick was in the play. I spent the entire 2 hours of the play staring at Ryan’s back, knowing 100% this was going to be my next important relationship in my life. And it was!

How did you end up in Litchfield County?

Paul: I had a house in Guilford on the shoreline. I’d lived there since 2002. We got the bug to move; we wanted a bigger garden and an antique home to play with.

Ryan: We randomly came across a 1793 home for sale in New Milford on a Klemm Real Estate website. We didn’t have a connection to the area at all! We came to see the house and knew it was love! That was 2012.

What are you currently working on, Paul?

I’m executive producing a web series called Adults, and my friend Cynthia Silver is directing. It’s about the relationship between a 20-something in the city and a 30-something woman and the subtle, different ways they see the world. Adults is about a friendship and in its own clever, subtle way, it’s a conversation about this new wave of feminism that we’re seeing coming out of the millennials. It’s in the early stages.

And of course, shooting a bunch of Sprint commercials! I do at least one thing for Sprint every week.

What’s next for you, Ryan?

Can you describe a Brooklyn hors d’oeuvres?

Simple but sophisticated. Not over done. Super well sourced. I think Brooklyn food is a mix of elegant but casual, with the best ingredients. Recognizable, but elevated food.

Switching to Sprint with Paul Marcarelli