Tucked away in the hills of Ridgefield lives an unassuming talent. He’s a legend in the theatre world. His name is Richard Pilbrow, and as the founder of Theatre Projects (celebrating its 60th anniversary this year), he’s also one of the world’s leading theatre consultants, a stage lighting designer, an internationally known author, and a theatre, film, and television producer. He’s charming and witty, and he’s also one of the nicest gentlemen you’d ever want to meet!

For those of you who think Bev and I blog full time, think again! I’ve been at Theatre Projects in Norwalk for 9 years as a project coordinator and it’s truly exciting to work for the pre-eminent theatre consulting organization in the world that continues to stay at the leading edge of theatre design. 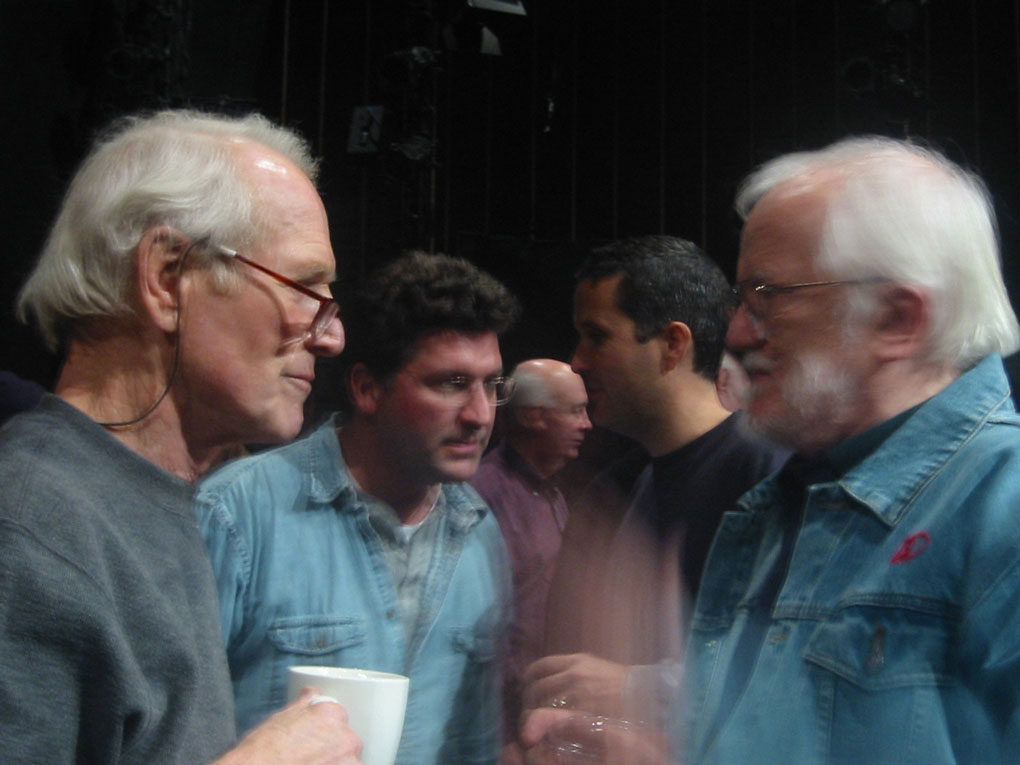 Before we go any further, and to give you the skinny on exactly the type of talent we’re talking about, watch this one minute video to Richard from his friend, the amazing Julie Andrews, who sent her congratulations on Theatre Projects’ 60 years!

Richard Pilbrow‘s impressive career started in his native London, founding Theatre Projects in 1957. Starting out simply as a lighting design and rental company, the company has grown and morphed, and now operates in London, Connecticut, Paris, and Shanghai. To date, Theatre Projects has worked on over 1,500 projects in 80 countries—performing arts centers, concert halls, corporate auditoriums, museums, opera houses, and more!

Richard is full of fascinating and entertaining stories and we enjoyed an afternoon at his Ridgefield home and studio, also the former location of Theatre Projects’ first office in Connecticut. 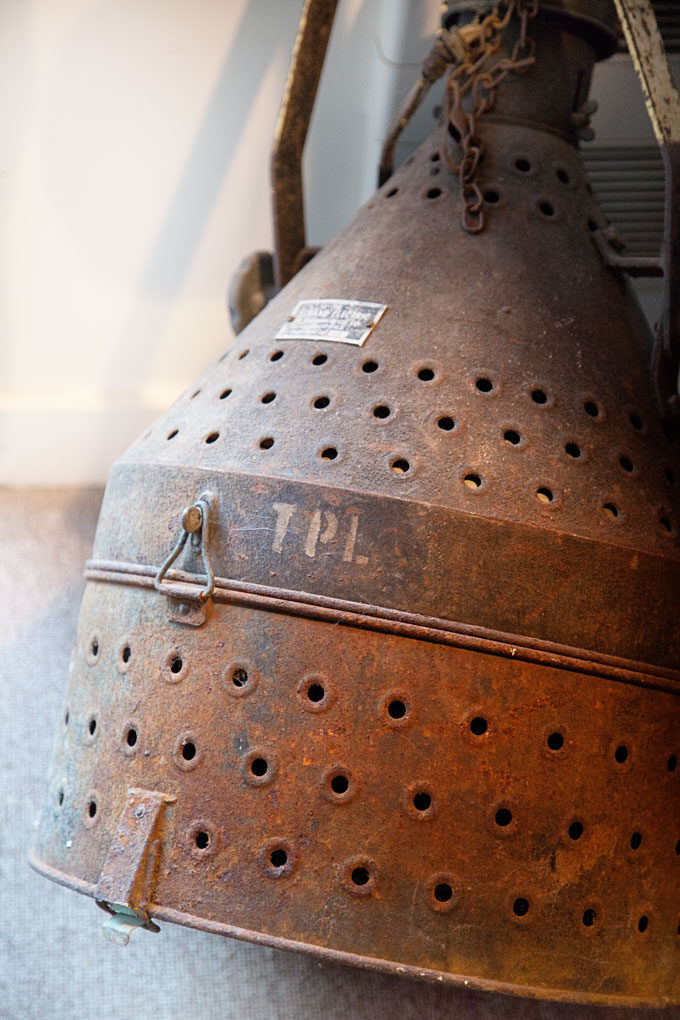 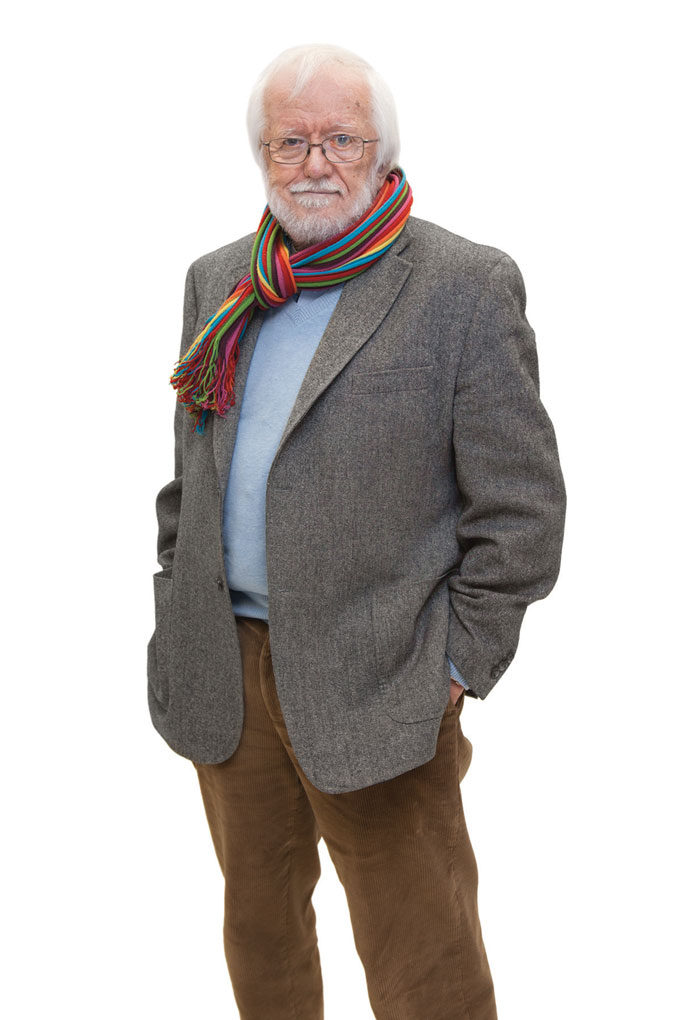 What’s been the biggest accomplishment of your career?

Ever since the late 70s/early 80s, we’ve tried to build theaters as three-dimensional spaces that bring actors and audiences together as the highest possible priority. It’s been very successful. 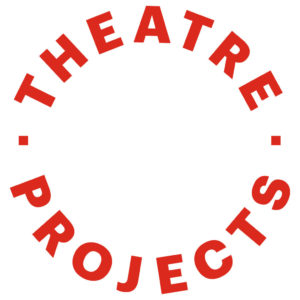 Tell us about working with Laurence Olivier!

I worshipped the man. I’d been in Coll (a remote island off the coast of Scotland) for about a month and drove back to London. I walked into my house in London and the phone was ringing. He said, “Laurence Olivier here” and I said, “Pull the other one.” Then I recognized the voice and jumped to attention! He wanted me to come to Chichester because, “The lighting is bloody awful. I think the fella lights garages.” I drove to Chichester and the theater was just about to open.

Olivier stopped rehearsing and told me again how the lighting was awful. And it was. The guy had lit it like a football stadium, all around the outside. They were opening the next day and it would take 2 or 3 days to relight it. I had to tell Sir Laurence that there was nothing we could do. So I left. I thought that was the end of my career.

The following January, the phone goes again. It was Sir Laurence. He said, “It’s January. We open in June. Does that give you enough f#&$ing time?” 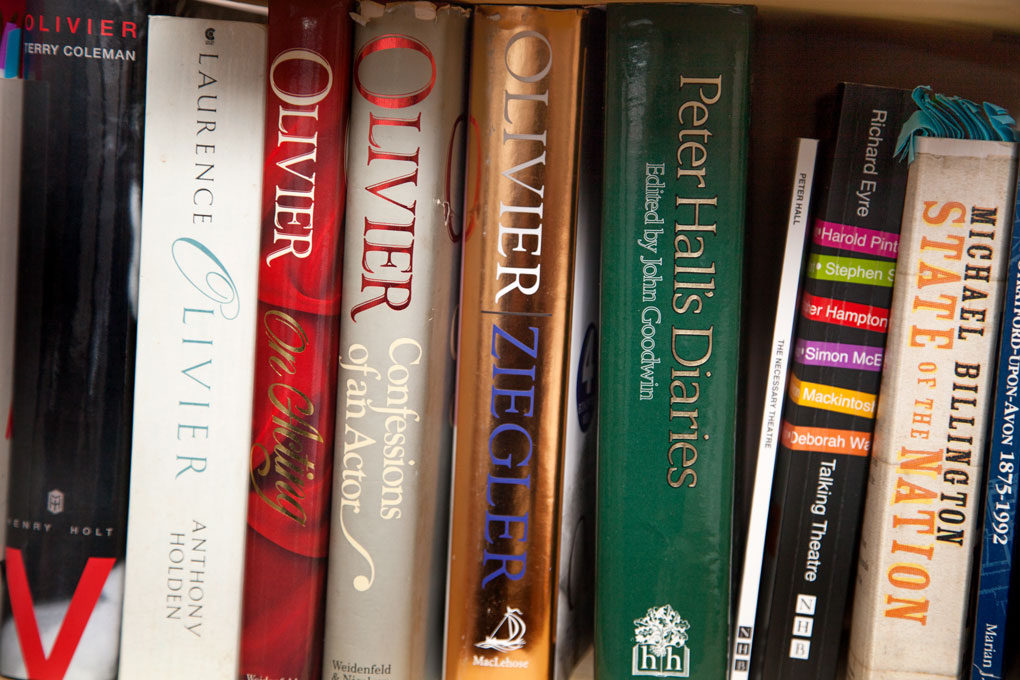 You have a house on the Isle of Coll on the Inner Hebrides in Scotland, which only has about 150 inhabitants. Tell us about that!

I bought a ruin in 1961. I had just finished lighting Blitz! about the bombing in London, probably one of the most spectacular shows ever. Vicki, my first wife, and I set off in our little car with our Basset Hound and drove up the West Coast of Scotland. We couldn’t find anywhere that would take the dog and somebody suggested that we go to the Isle of Coll. They said it’s so far away, they even bathe in the nuddy (nude). We stayed in this fabulous little hotel for 10 days and rented bikes. There were only 2 cars on the island. We saw this beautiful beach and found this wrecked timber ship from 1895. We wandered up to find this old house, which was just 4 walls and no roof, and we thought it was the most beautiful place we’d ever seen in our lives!

The Laird of Coll owned it, so we phoned him. We went round for a large glass of whiskey and asked him if we could buy it as a holiday home. We asked him if he’d sell it and how much he’d want for it. He said we’d have to talk to his lawyers in Edinburgh. We knew if lawyers were involved we probably couldn’t afford it. I was only making £6 a week in those days.

About 7 months later, a letter arrived from the Edinburgh lawyers and the Laird of Coll is asking for a sum of £120.

It took about 7 years to put a roof on it. The holiday for Theatre Projects in the 1960s was that you used to be able to go up to the Isle of Coll and mix concrete all day. That was the holiday special. We had a fabulous time.

I’ve been going there ever since.

You never stop. You’re constantly traveling and working – more than most 30-somethings we know! What’s your secret?

I’ve never really done a day’s work in my life because it’s my hobby. I’ve done theatre since I was 14 years old. So, it’s never been work. It’s always been that I do it because I want to do it – and to my amazement, I’ve actually made a living doing it!

Theatre Projects is celebrating its 60th anniversary. Any tips for business owners on how to be a success like you’ve been?

Pursue your passion. Try to be nice to people. Hire people who are cleverer than you are. 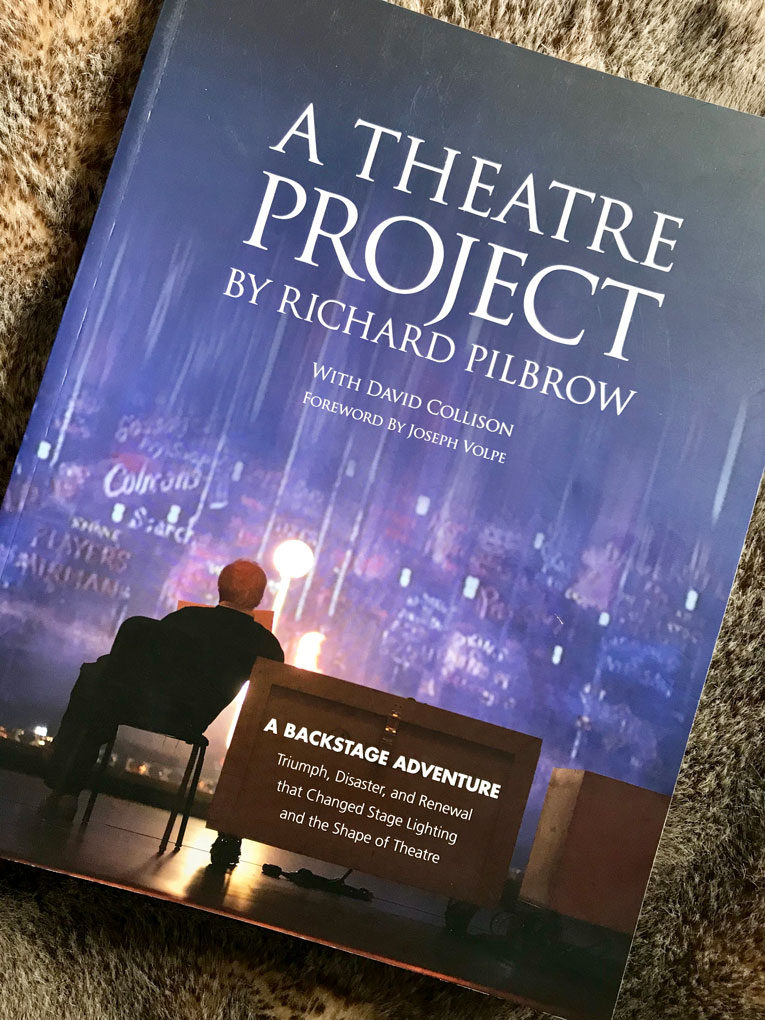 The first record you ever bought? Beethoven’s 7th Symphony.

When you’re not working what are you doing? Cursing Donald Trump.

Have you ever been star struck, and if so, by whom? Olivier, for sure.

Last Broadway play you went to? Michael Moore’s “The Terms of My Surrender”, and I got to meet him. He is fabulous. He’s so charming. He’s incredibly articulate and bright. 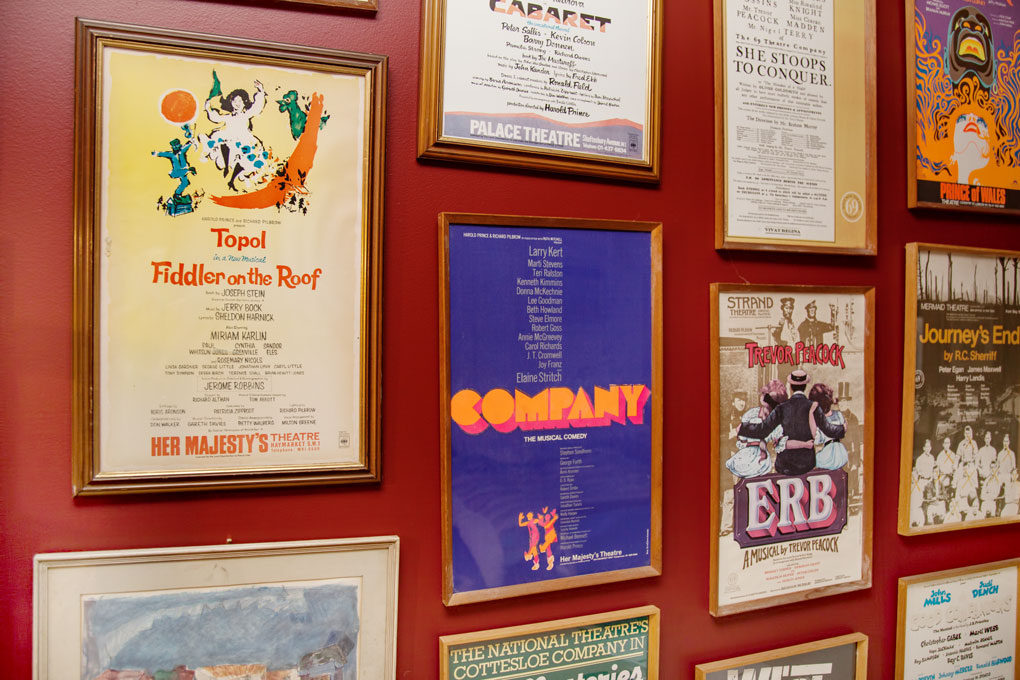 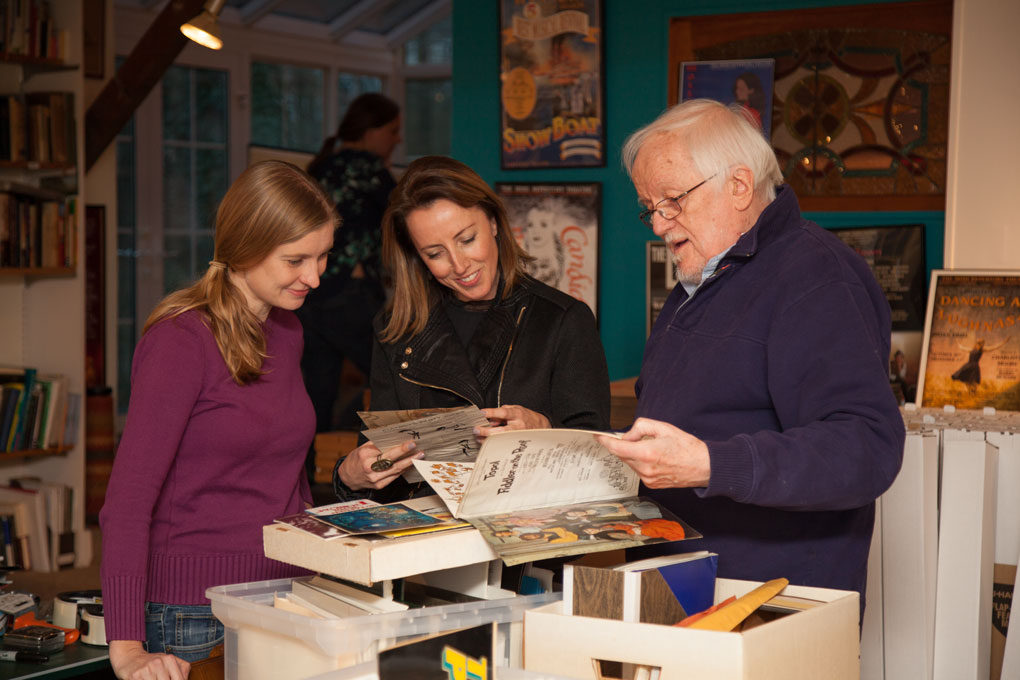 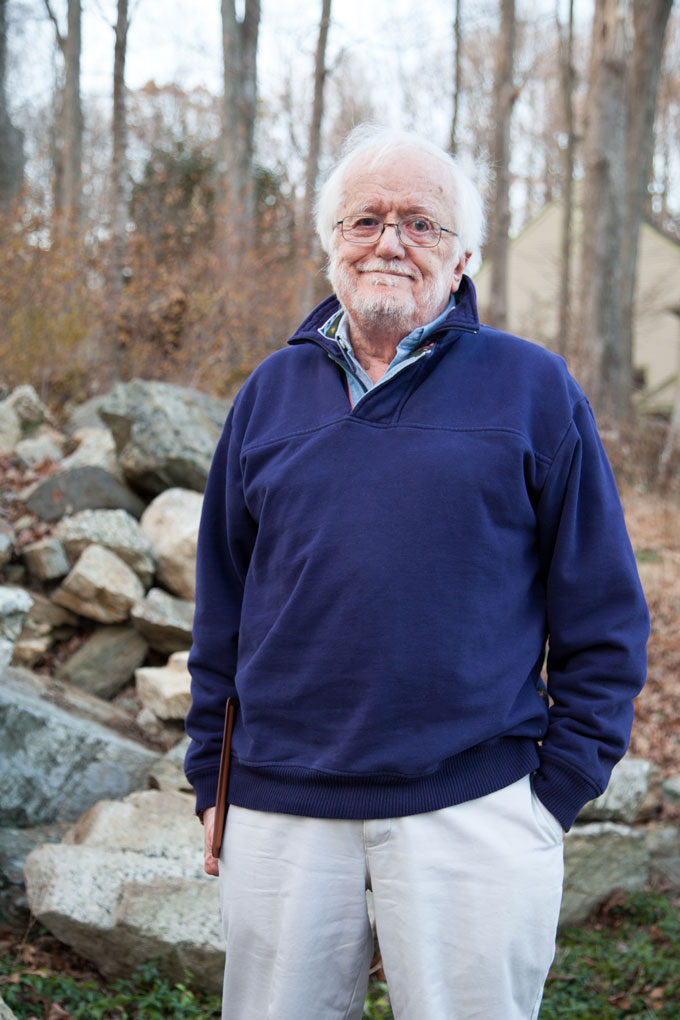 And some of Richard’s and TPC’s exciting projects…

Thanks, Richard for reminding us how good clotted cream is (everybody go and buy some immediately at UK Gourmet) and for telling us stories in your brilliant British accent. We could have listened to your tales about Olivier, London theatre in the 60s, and building a successful career all day. Thanks for the inspiration!

Photos by Lora Karam unless noted.

Where to pick your pumpkin this fall?

My Invisalign experience with Dental Associates of CT

At home with Joseph Montebello

At Home with Robert Couturier