How we love having Unlocking Connecticut as an excuse to meet our interesting neighbors! Inquisitive by nature, our “At home with…” features allow us to capture a glimpse into the lives of some really cool people. Today’s power couple is Alexander and Gina Duckworth. The Duckworths and their two younger children, Aubrey and Sebastian, live in Litchfield on the weekends and during the week, they’re being all kinds of fabulous in their careers in NYC. Come, be a Nosy Nancy alongside us! 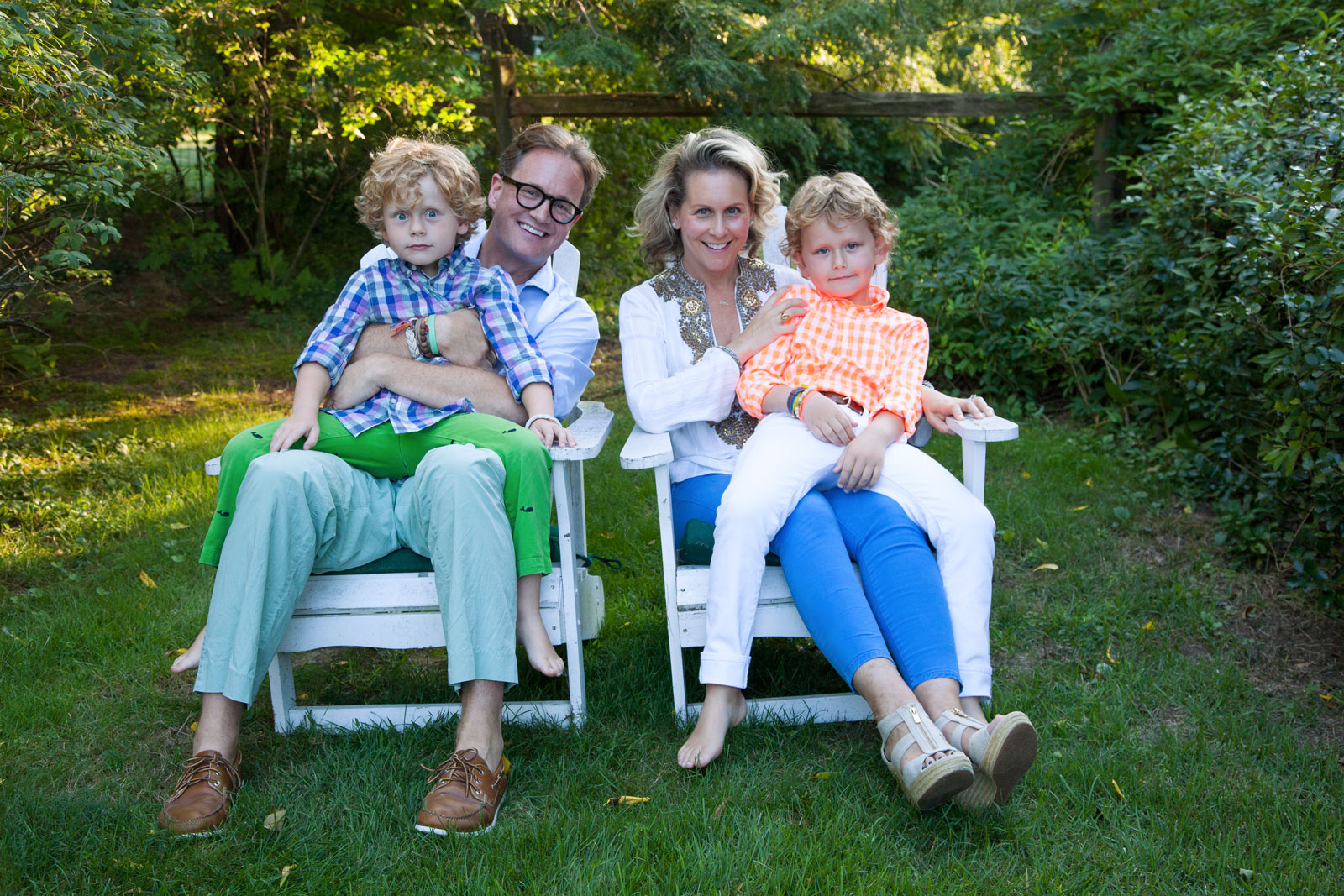 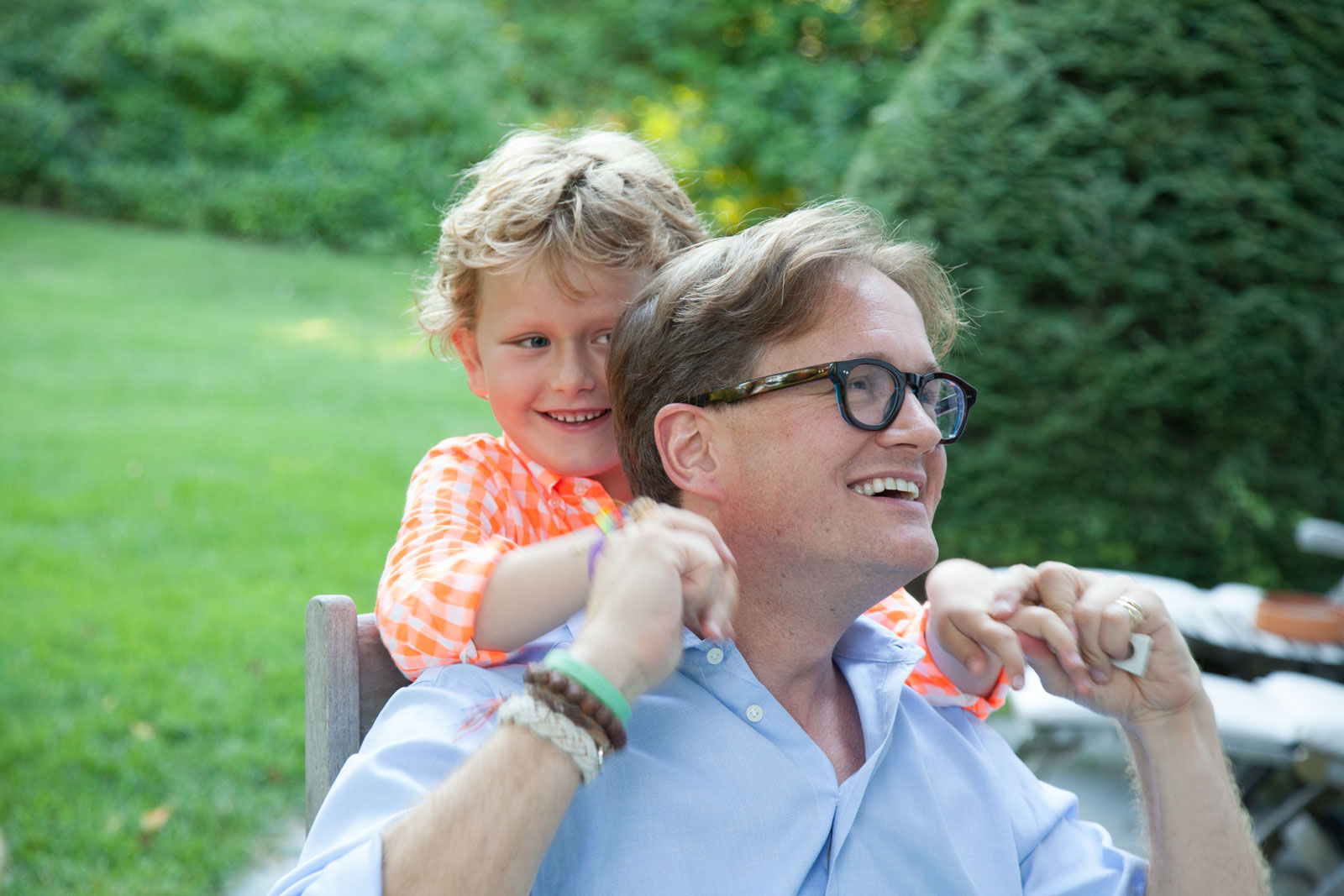 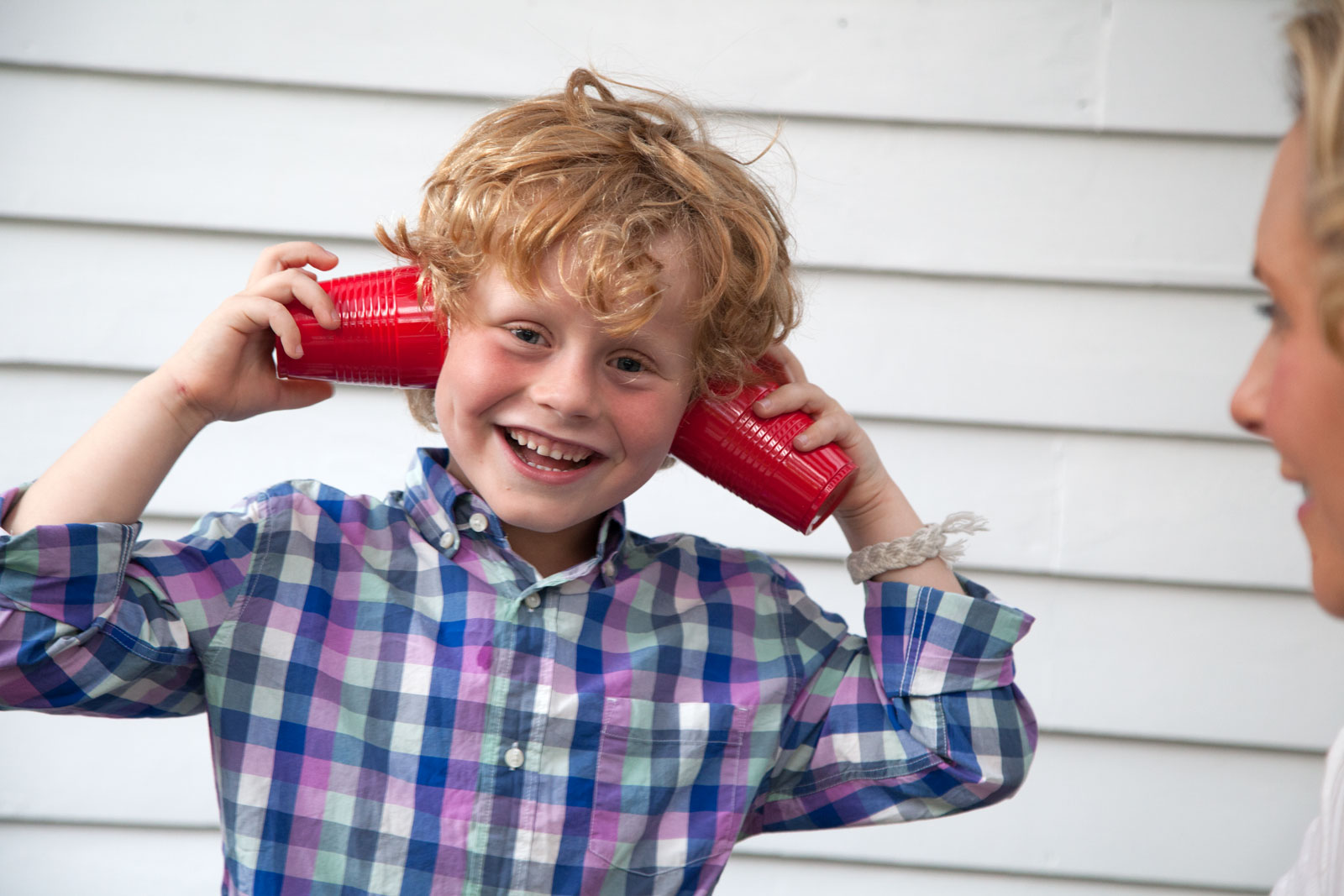 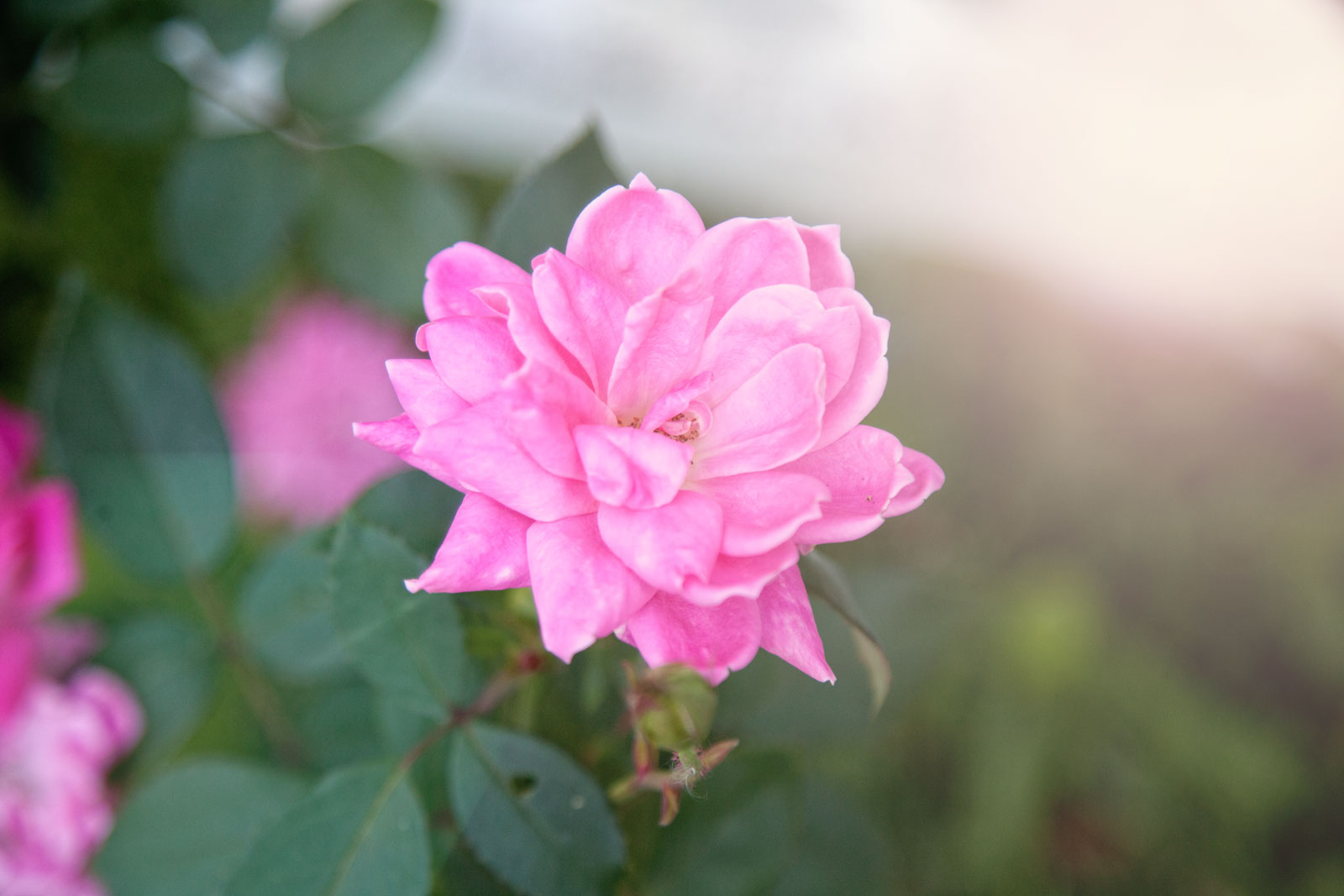 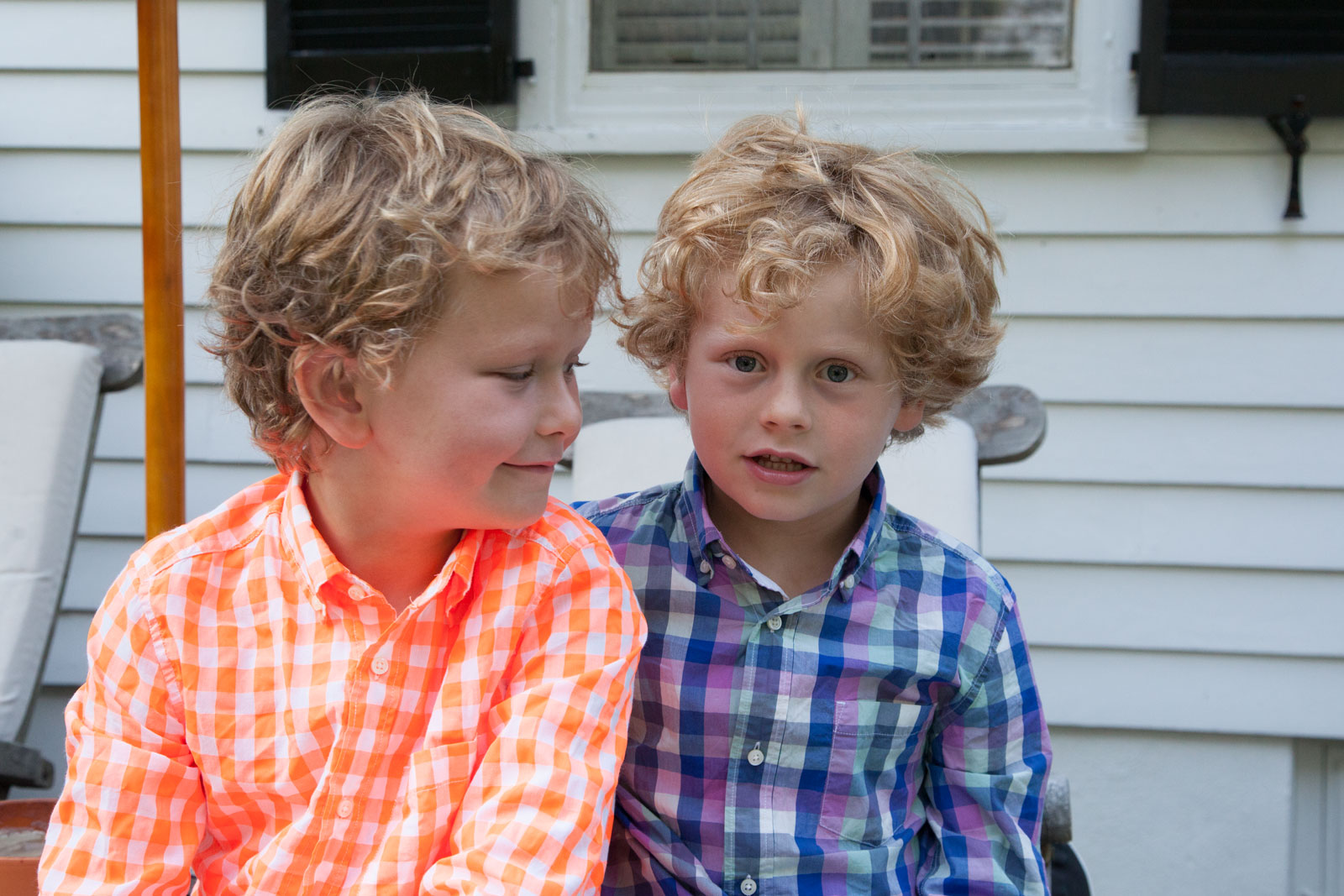 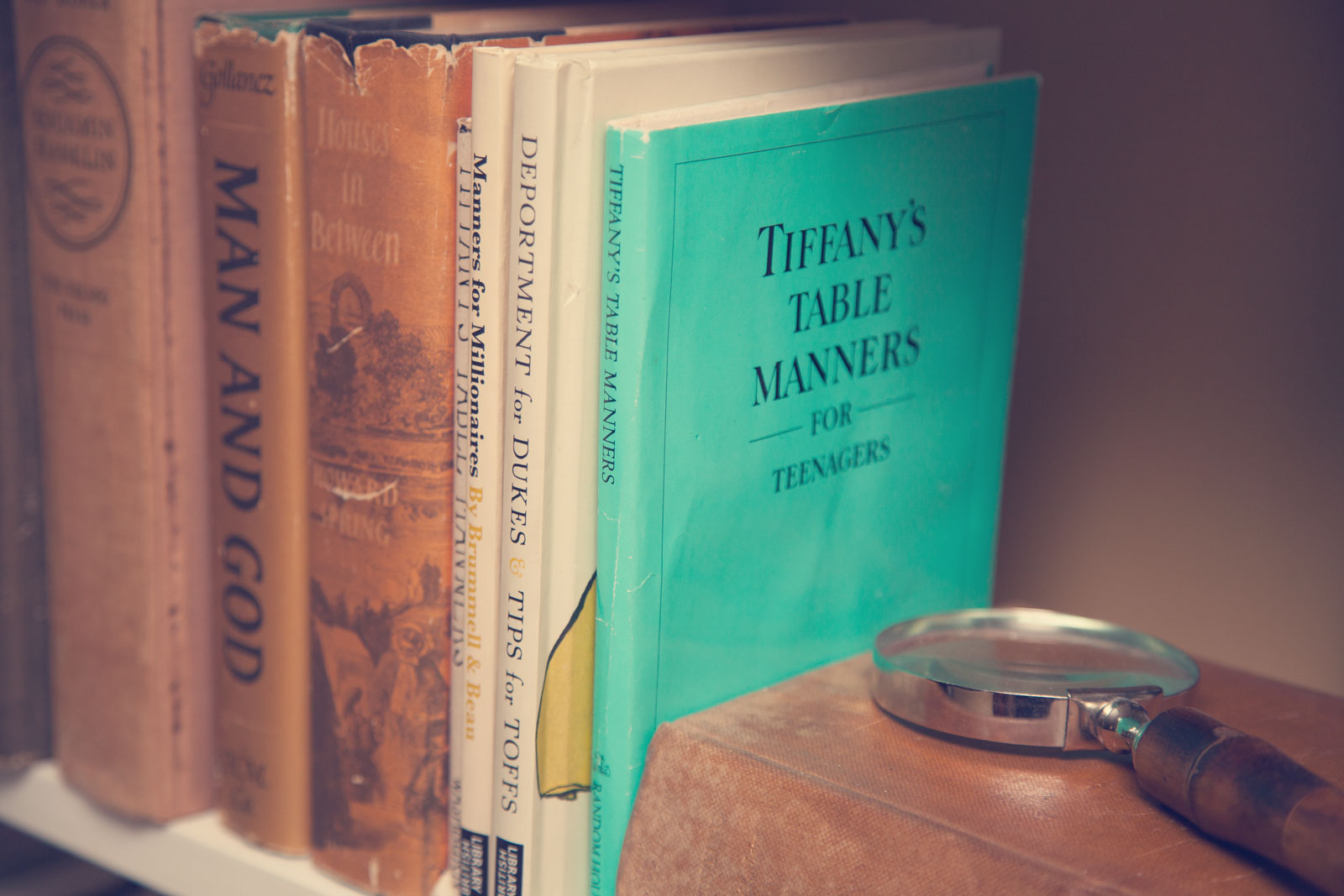 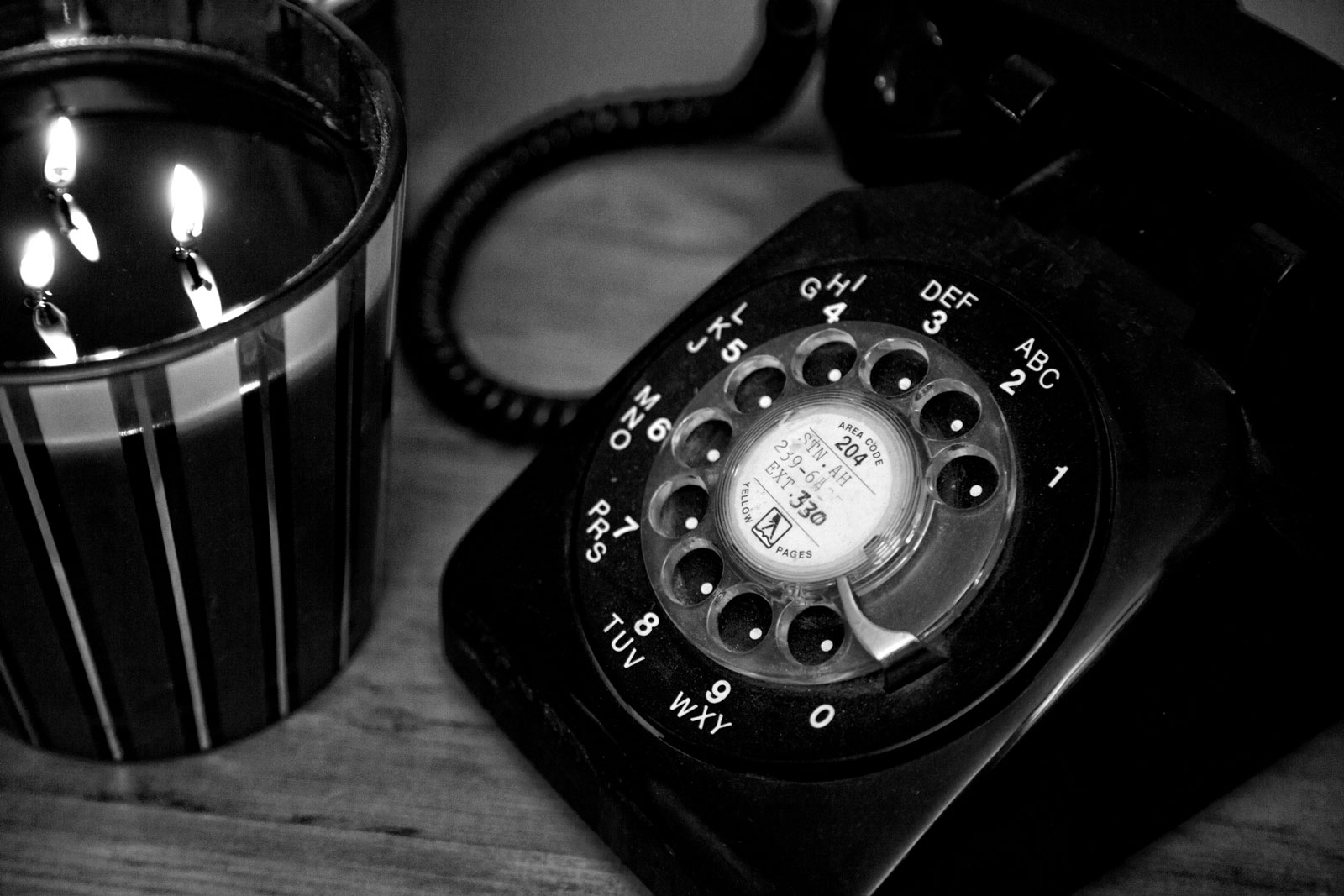 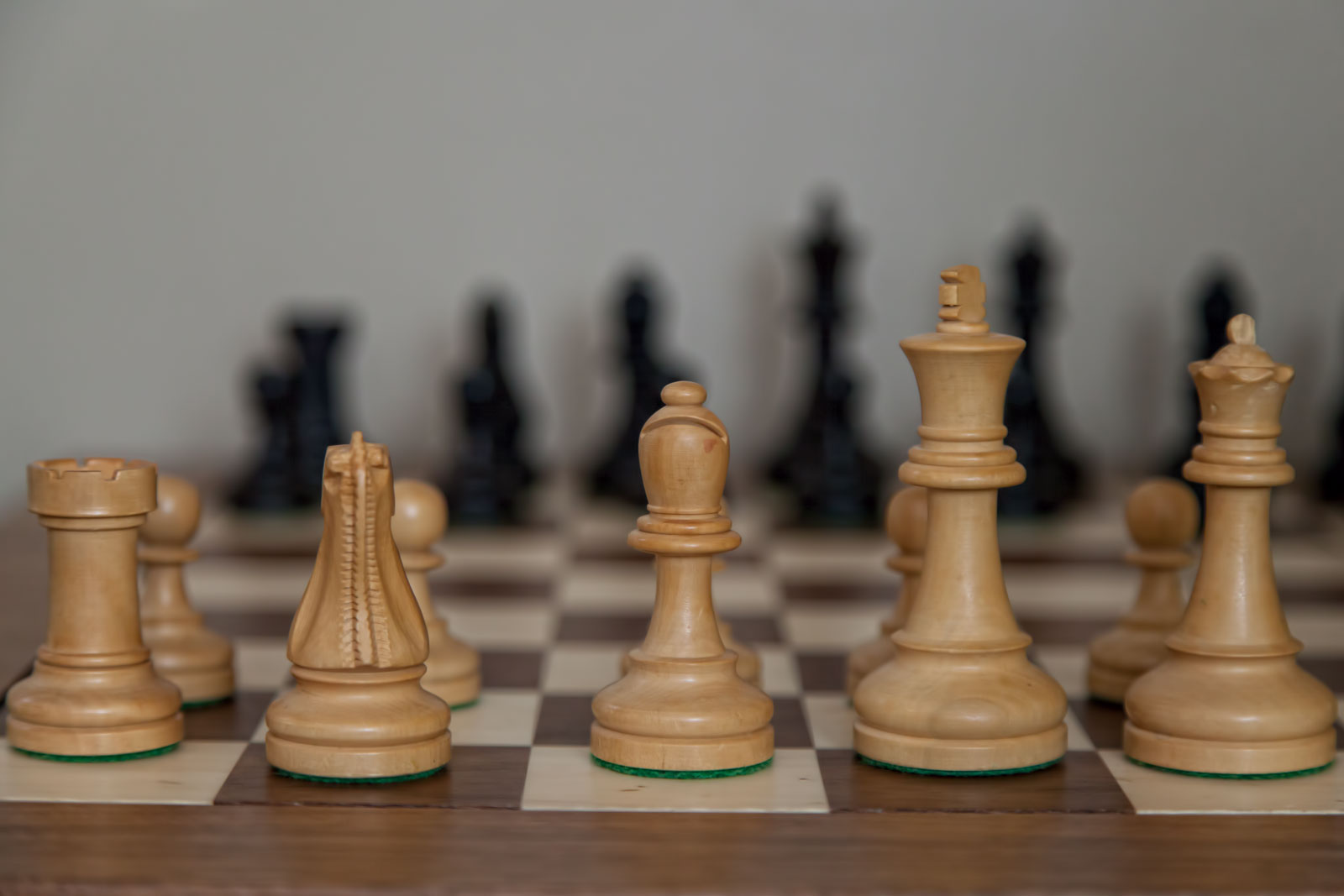 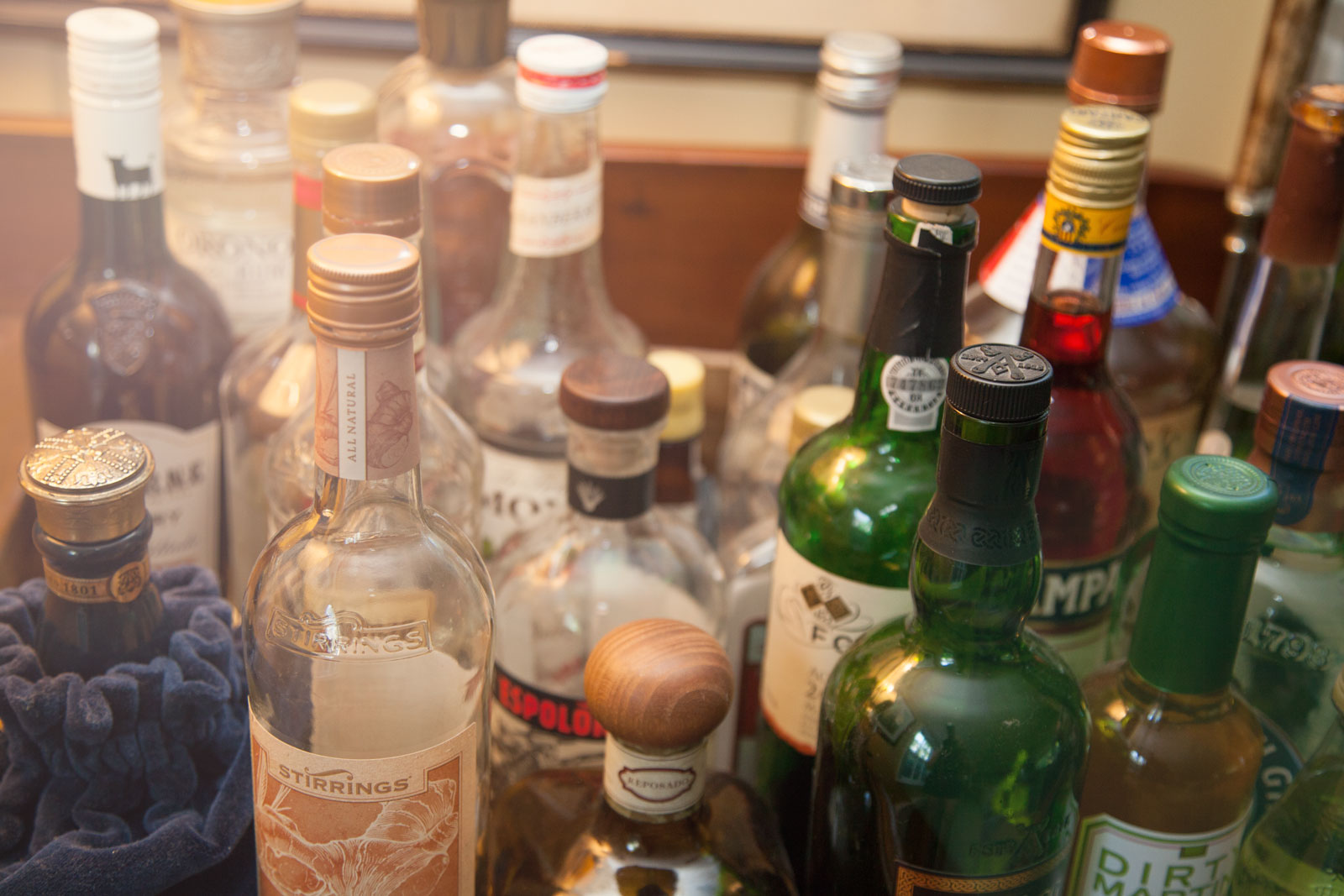 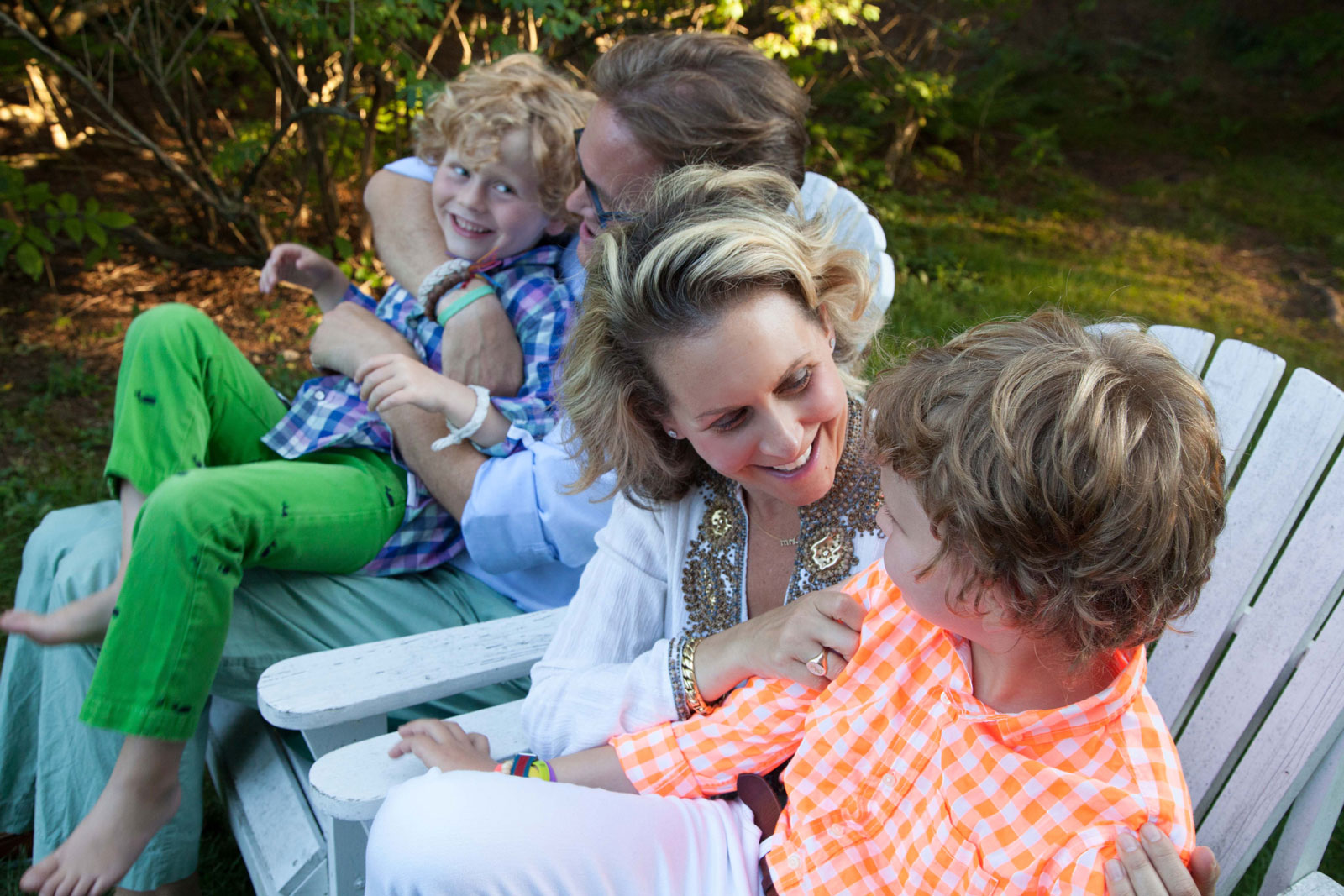 Alexander Duckworth is the President and Founder of Point One Percent, a branding, marketing and strategy agency for luxury brands; and Gina Duckworth is the Director of Next Artists, representing hair, makeup artists, stylists, and photographers, to name a few! We joined them during cocktail hour for Moscow Mules, cheese, crackers, and a good old natter.*

Their story – the speeded up version: they met at the Soho House, NYC in 2005, married in 2007 (Gina organized their entire wedding during her lunch hour, and we don’t doubt this for a second, this lady gets things done!), popped out Aubrey in 2008 (11 lb. Aubrey!) and Sebastian a couple of years after that! They have been Litchfield residents since 2006.

Gina – How does one become the Director of Next Artists at Next Models?

I was the director at Ford Artists for 7 years and made the happy transition with my team to Next Models in the summer of 2013. I got started in the artists business at Ford after being a casting director for many years. Over a sushi lunch with John Caplan (former President of Ford Models) a new career was born! I pitched my idea to him at that lunch and two weeks later I started the Ford Artists business in NY from the ground up.

Gina’s beautiful tunic is from the Yatra Collection – with ties to LC! Don’t worry, we’re on it; checking them out soon!

What is a favorite part of your job?

The best part of my job is my team! We are truly a family and have been together for YEARS!  I also still love the creativity of putting an artist’s portfolio together. Oh, and something that’s really fulfilling is taking someone’s career from obscurity to becoming a household name.

You’re also Editor-in-chief of “The Lounge” magazine – how do you juggle it all?!

Love what you do and it’s easily manageable! I also get bored easily (or have ADD) so I thrive when I have multiple projects brewing at the same time.

Your job certainly seems to involve being around high-fashion…who are some of your favorite designers?

I shouldn’t admit this, but fashion doesn’t interest me that much. I have two little boys and a busy career so shopping for clothes is the last thing on my to do list. Plus I love decorating the house in Litchfield so most of my shopping budget goes to that. I shop for clothes (mostly online) in two big waves at the beginning of each season. Jeans and J. Crew cashmere sweaters are big staples in my wardrobe. I also adore the Hermes messenger bag and want to splurge on a new one this season.  Comfortable shoes like the Vince “Newlyn Slip on high top sneakers” and a messenger bag is how I get around NYC!

These amazing glasses are from Joan Rivers’ estate….love!

Alexander – What was your path to starting Point One Percent?

I started out my career in advertising as very much a generalist, doing campaigns for mass brands like Coca-Cola, Nike, and L’Oreal, but I’m saddled with this thick limey accent and people really only turned to me for my POV when they had a ‘luxury’ question. So in 2002 I said why fight this, and I created Point One Percent. At that point, I had worked on Tiffany & Co., Ralph Lauren, and Chubb Insurance, so I knew the space well. The name for Point One Percent came from a nugget I found in a research survey that we did for Chubb Insurance; it was that .1% of the population control over 20% of all the wealth. I found that thought to be mind-blowing, so I ran with it.

Tell us your elevator pitch for Point One Percent so our readers can get to know what you do?

Point One Percent is a marketing communications agency focused on the wealthiest segment of the population and the brands that are looking to attract that crowd. We create brands, we dust off old brands and we actively market brands for growth. We have a panel of over 1,200 individuals, all of whom live in the .1% of the population, that we use for intense qualitative research. We are based in NYC, but we work globally.

You grew up in England, and just became a US citizen (congrats!)…as Lora is an Anglophile 🙂 can you tell us something about the Duckworth family name?

I certainly can, we have a two volume book that reaches back to the 11th century when the Duckworths were originally from Lancashire, from a place called Musbury.

In the mid-18th century, a couple of Duckworth brothers made a huge amount of money and moved south to in and around London. Before my oldest son (Henry) was born, I was the very last Duckworth in that line of Southern Duckworths. While the family had grown quite considerably, in a strange twist of fate the generation before me all either had girls, whose names changed when married or had merged with other families and had become double-barreled (my first cousins are the Duckworth-Chads).

My great-grandfather married a woman named Lady Margaret Herbert, and her interesting distinction is that she was born and grew up in Highclere Castle (scene of the Downton Abbey series). The other interesting family connection is that Virginia Woolf was my great-Aunt (it’s a long story).

What drew you to Litchfield County?

We were looking for a place that was definitely ‘out of the city’ and wanted to swing through Westchester County to pick up my older kids on the weekends, so Litchfield County fit the bill. I had been up in Litchfield before, and after we visited Kent and Cornwall we both fell in love with the town of Litchfield and the idea of having a house that was walking distance to the Green. We were relatively unaware of the social scene, but now we absolutely love it.

What are some of your favorite places to visit/things to do in Litchfield County?

Go to the White Memorial Center! In fact, we’re going there after this…at sunset you can watch the bats; hundreds of them fly out of the barn! We also love Ollie’s Pizza, sitting at the bar at Community Table, West Street Grill, all the various ice-cream stops….Oliphant’s, Derwins, Thorncrest Chocolate, Bantam Market, and the Litchfield Distillery!

And with that, we finished up our drinks and nibbles and left the lovely Duckworths to their evening of steak (Laurel Ridge Farm) and bats!

*Natter – talk casually, “they nattered away for hours.” A casual and leisurely conversation, “I could do with a drink and a natter.”

A walk in the park at Harrybrooke